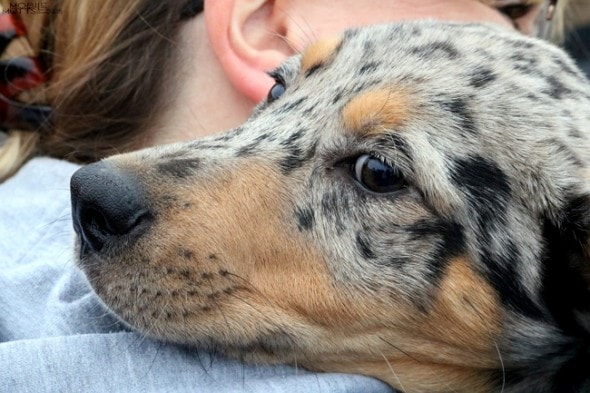 Mobile Mutts Rescue Transports has been in operation since 2008 when Lynn Gregory and Chrissy Kovacevic-Cogozzo decided there was a great need to get dogs from shelters to rescues.  The mission today remains the same as it was some eight years ago, simply to transport dogs from shelters, including high-kill shelters, from Georgia, Tennessee, and Kentucky to rescues in Illinois, Wisconsin, and Minnesota each week.  It operates as a non-profit with a 100% volunteer base, including the board of directors. No one receives a paycheck, but they do get a lot of puppy kisses, which, in the scheme of things, may be far more rewarding and have a greater impact.

Marion and Earl Stevens, became involved with MMRT when they adopted Hank, their Basset Hound.  Hank was transported from Indiana to Illinois, and as luck would have it, the driver of that particular transport happened to work at the same business as did Marion, just in different departments.  After learning about the transports and all that entailed, the couple became volunteers.  In the spring of 2012, Marion was asked to take over the operation and stepped into the role of President and Transport Coordinator for MMRT, the start of what is referred to affectionately as MMv2.0.  As they moved forward, they applied for a received 501(c) 3 status in 2015, and have gone from transporting between six and eight dogs a week to upwards of 16. Earl shared that “It’s the idea that we are part of something that is bigger than us and can play a small part in saving the lives of so many dogs that keeps us going.” Last year, due to health reasons, Marion stepped back from the Transport Coordinator position, but Earl has remained involved in the day-to-day, keeping her well appraised of the operations. 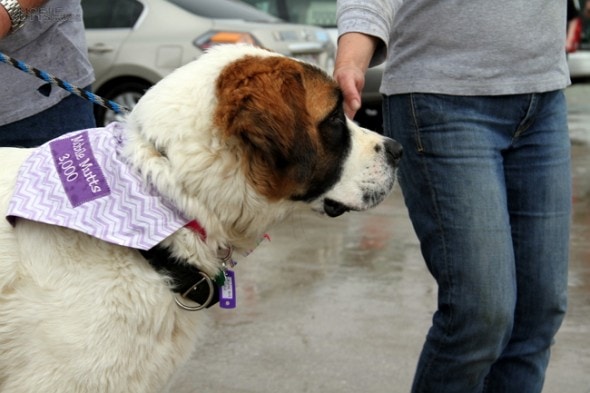 The scope of what the organization does is immense, particularly when you note that MMRT does not have a single vehicle to transport, although that would be a long-term goal.  Rather, volunteers drive designated legs each weekend using their own cars and vans, with each leg about an hour in drive time.  For travel originating in Georgia, as an example, on a Friday, the dogs are transported by drivers who will then transfer the charge to another at preset hand-off locations.  At the end of each day, the dogs will stay with overnight volunteers until the next morning when the transport begins again.  Saturday night they will typically stop in Champaign, IL, where the Stevens are based.  In 2014, they opened their own foster-based rescue, Mobile Mutts Rescue, that is being managed by Chrissy, one of the original founders of MMRT. Sunday is the homestretch when the dogs will reach their foster-based rescues.  It is a big job, requiring a massive amount of coordination and effort on the part of so many.  Multiply that by the 16 dogs en route each week and it becomes even more amazing for all the people, time, and energy involved, not to mention the many lives that are being saved.

MMRT has a waiting list of 3 to 4 weeks most of the time, with their operation running 50 weeks out of the year.  The longest transport they have coordinated was in conjunction with Animal Rescue Corps Operation Broken Chain.  They moved two pit bulls from Nashville, TN, to Sioux Falls, SD, that had been rescued from a dog fighting ring.  They work with an approved list of rescues and shelters, but any organization can apply for transport, provided the meet the established criteria; non-profit and foster-based.  The actual number of dogs they can transport at any given time is based on the number of volunteers available, which can sometimes limit the amount of good they can do and the number of shelters and rescues with which they can work. 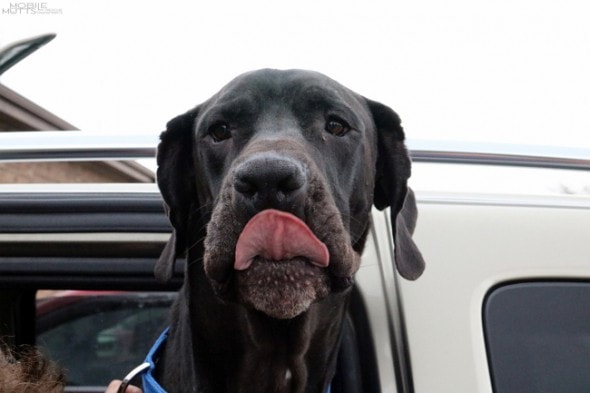 In 2013, MMRT hit the 1.000 dogs safely transported milestone since the Stevens took over the operation.  Later this year they will hit the 4,000 dog mark which is remarkable given the number of people it takes to make this complex, but highly successful program viable.  “Just imagine,” Earl said, “people over seven different states being part of saving all those lives!”

The organization will also conduct “special,” transports, some which involve dogs with medical needs that don’t easily allow them to be transferred from car to car every hour.  In those cases, drivers will do multiple legs in a row to keep moving the dog to a minimum.  They were involved in the transport of RooRoo, the wonder dog, who was born without front legs and rescued by Secondhand Hounds, MN.  More recently, Quaisimodo, who received a large amount of press, and has Short Spine Syndrome, one of about 15 dogs identified living with the condition, was transported by MMRT. 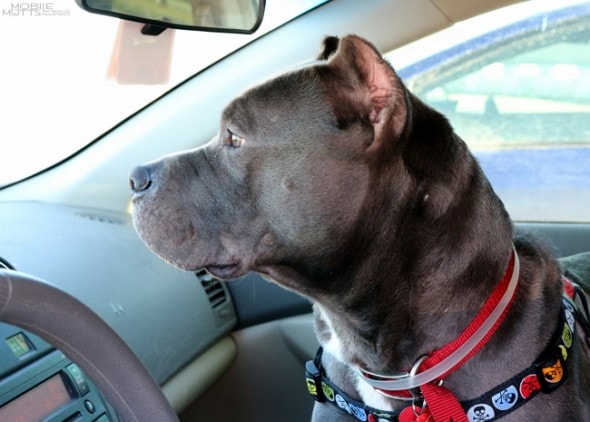 Sometimes they will be responsible to transport pregnant dogs that need to get to their rescues as quickly as possible, which brings an additional challenge, making sure whelping fosters are available should the pups decide their arrival time is during transport.  Earl shared a story that happened Thanksgiving 2014, when they received an urgent call for help with two pregnant dogs.  They brought the dogs up to their rescue, with one foster going to a local family and Earl and Marion taking Lilah into their home.  The Saturday following the holiday, the Stevens went to an adoption event and upon returning found Lilah was ready to give birth.  Several hours later, she had six beautiful puppies and after they were all old enough, the entire family was adopted out to wonderful, loving families.

MMRT is more family than transport group, with the dogs health, well-being, and safety being first and foremost.  With it being an all-volunteer organization, all the funds raised go right to the transports, not into anyone’s pockets, or, as Earl said, “Our wallets and gas tanks are always empty, but our hearts are full.  Live, Love, Rescue!” The people involved do this because they want to do it and believe it is the absolute right thing to do. 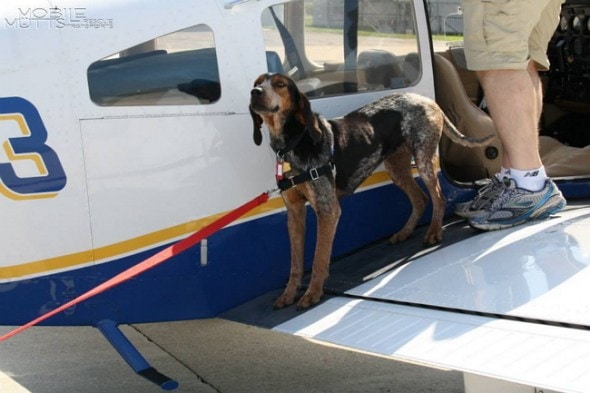 So what does an organization like MMRT need?  Volunteers, volunteers, and more volunteers.  Simple as it seems, the more drivers and people willing to open up their homes as overnight hosts, the more dogs that can be saved.  Donations, too, are also a huge part of the operation.  Once a year they try to do a large-scale transport to clear off the waiting list which includes renting a van or two or as many as they can afford and have volunteers drive extended hours, only stopping at designated intervals to water and walk the dogs.  It takes money to do that, so funds are always appreciated.  On their wish list for the future is their own transport vehicle so they can do some of these larger transports more often.

In closing, when asked if he had any last thoughts about MMRT, Earl had this to say. “Rescuers have the same dream, we all want to wake up tomorrow morning and not have a need to do what we do each day.”  That seems like a wonderful dream and with concerted efforts like the one Mobile Mutts Rescue Transport does, maybe, one day, that will indeed be a reality.