A Texas student could have gotten in big trouble for not having her homework done, but she had physical proof – an X-ray of the farm diorama her dog Roscoe ingested!  Though he ate items that could have killed him, Roscoe is now farm animal-free and doing just fine.

“Miss Page, my dog ate my homework and she thought I was joking!” said Reagan Hardin, a student at Magnolia West High School.

She had been working on a diorama of a Middle Ages-style farm for her AP World History class.

“He ate pretty much all this,” she explained to KHOU, pointing to the second version of her project. 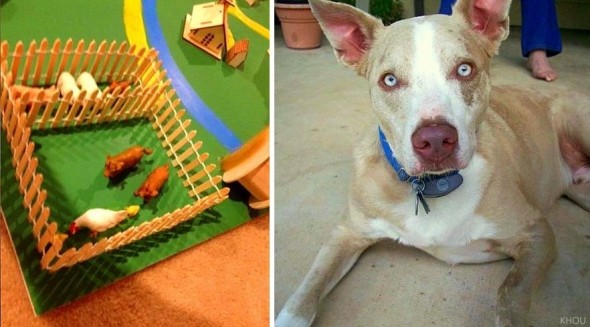 Roscoe was taken to North Houston Veterinary Specialists to have the plastic pieces removed from his stomach.

“You might be able to see a beak right there and that’s an eye,” said Dr. Carl Southern, pointing to the X-rays.  “I think that’s our chicken head right there.”

Roscoe even devoured some chicken wire, which could have punctured its way through his digestive system.  Dr. Southern used a scope to remove everything.

“Half of a horse body, a sheep, a chicken head,” he said.  “I kept seeing a little pink horse body go by, but it ended up being a pig with a curly tail.” 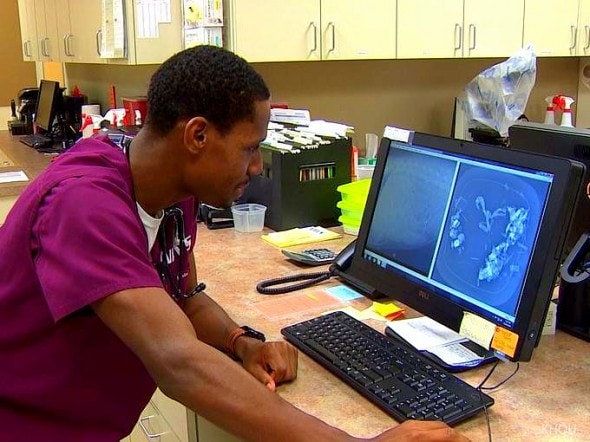 Without having to endure surgery, Roscoe was back to his usual self quickly.  His family has learned to make sure they don’t leave anything out that Roscoe could ingest, no matter how unlikely.

“Don’t put anything past your dog,” Dr. Southern said.  “We always say, ‘my dog would never eat that,’ and that’s the main thing he’ll eat.”

By the end of the night, Roscoe was already scouting out his next off-limits snack – the KHOU 11 News camera. 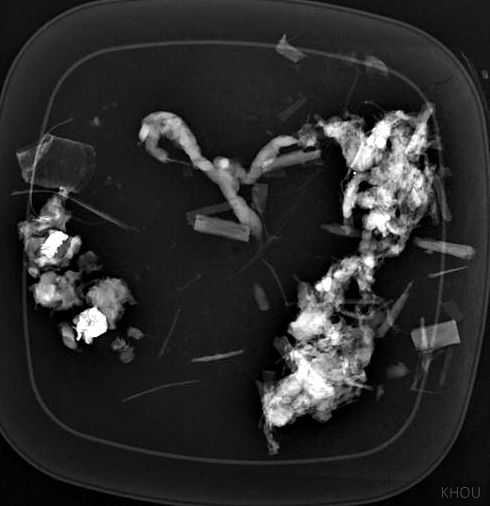