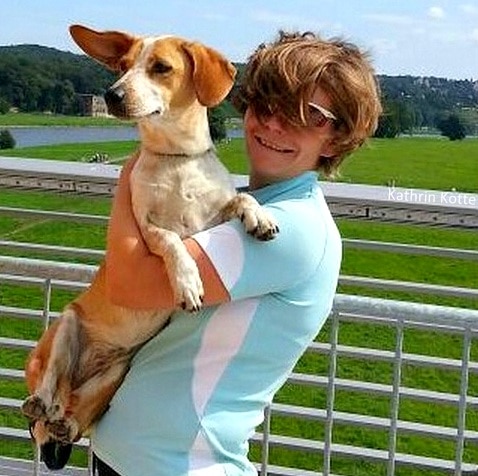 This comes from the Animal Rescue Site:

Since I was a little kid I wanted to have a dog. When I got older the timing never got right with me going to university and starting out on the job. Then I met my now wife and we discussed the issue back and forth, since we were living apart due to work and I travelled a lot for my job. But the topic came up again and again.

Finally, in summer 2012, we were on our vacation, dog-sitting for my sister (which we still do every year). As the vacation drew to an end I was already heartbroken that we had to give the little Jack-Russel-Terror back and we got a phone call from friends of ours. They were in Greece at the time and found the sweetest little street puppy at a private shelter quite off the main tracks. The shelter would be closed for winter and the fate of the dogs was unknown.

So, finally, after six years of debating the pros and cons of shelter dogs, purebreds, puppies or adult dogs, fate threw us a mixture of all and we took the plunge! Baileys, formerly known as Ouzo (she was from Greece after all but turned out to be female!) flew in all the way from Greece after getting her shots and certificates. 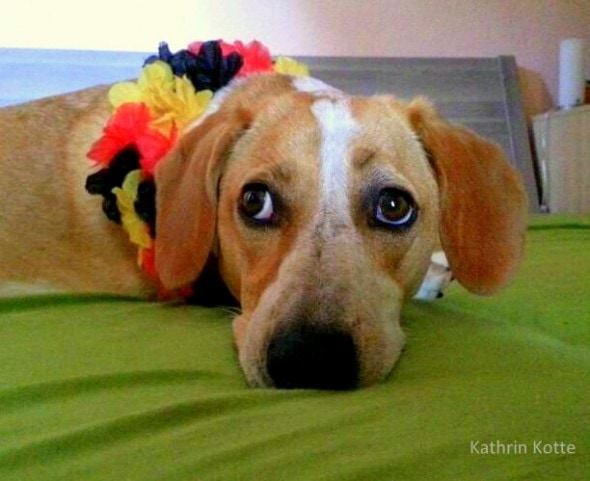 Seven days after the initial call we were proud owners of a combination of many pure breeds we were not really prepared for but welcomed anyway. Since we were still on vacation we had no leash and no bed, but lots of love and food, which she junked down like she was starving for quite some time. So she learned to walk off-leash from the very beginning… 🙂

It took quite a while for her to trust us, but patience and treats made us all one hell of a team! She is the star of every party and now proud owner of the major part of our bed (it never hurt her obedience…)! I would not trade her for anything!

The Animal Rescue Site is a terrific place for gift-shopping!  They boast a variety of products from t-shirts and kids’ toys to pet supplies and garden décor.  For every item purchased, food will be donated to animals in need.  So far, nearly 500 million bowls of food have been donated! 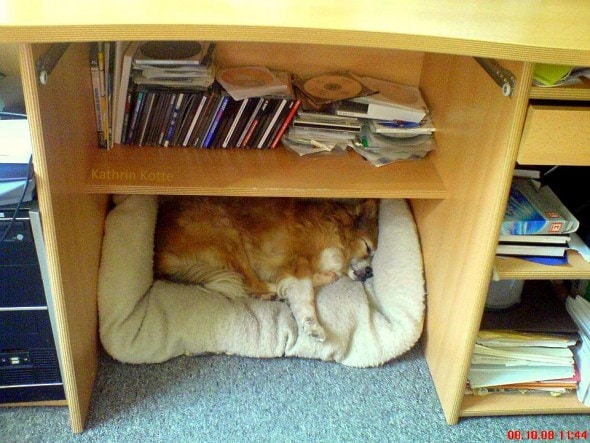 Of course, one dog is never enough!