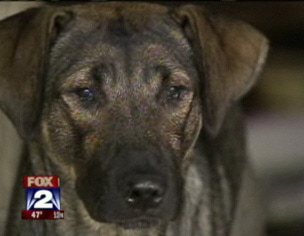 As of 8pm last evening, a female dog and her ten pups were still living in a filthy, garbage-strewn garage behind an abandoned home on the west side of Detroit. Frustrated neighbors are asking for help after receiving no response from local authorities.