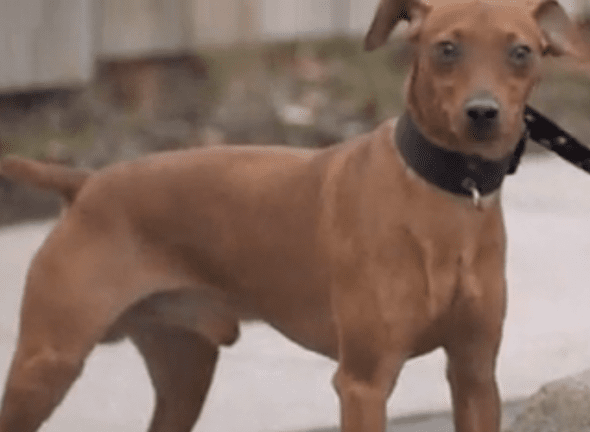 When a fire broke out in a Vancouver apartment complex a dog named Rocky was saved by a neighbor he had never met before.

Nate Young was at home in his apartment on Wednesday when he smelled smoke. He went to see if he could help with the fire, which he assumed was small.

“Maybe put some water on it,” said Young.

When he went to help he discovered the fire was much bigger than he thought.

“Turns out it was huge,” said Young. “The whole back porch was up in flames.”

Young and a few other neighbors went door to door to warn people and make sure was safe. When Young got to unit 23 there was no answer. Young went inside the unit and yelled to see if anyone was inside, he was greeted with a bark.

Unit 23 was filled with thick smoke, but Young continued in to save the dog, named Rocky.

“The smoke was so thick I couldn’t see, I could barely breathe,” said Young.

Young grabbed Rocky and the two escaped through a bedroom window.

Firefighters arrived and were able to contain the fire to only a few units.

Meanwhile Young was ready to care for Rocky as long as necessary.

“Sure, I’d take him home. You should do what you can do, take care of things you love, at least try to anyway,” said Young.

Rocky’s owner returned home to care for Rocky and thank the neighbor they had never met for saving Rocky’s life.