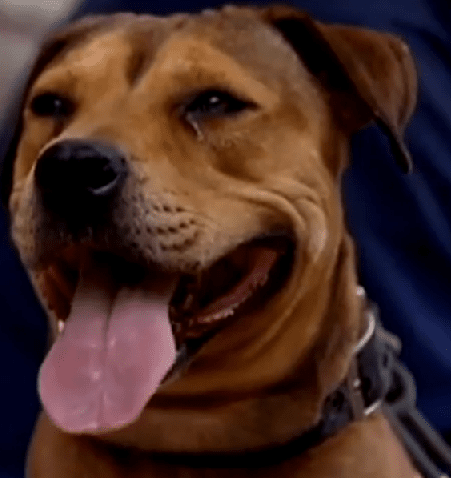 For days a dog was stranded on a Hawaiian hillside. When authorities didn’t come through for the dog neighbors refused to let her die and did everything they could to save her.

Neighbors started hearing the dog on Saturday and could still here it howling on Sunday. They couldn’t pinpoint exactly where the dog was on the hill in the Aliamanu Military Reservation, but they knew it needed help. “The dog sounded like it was in distress and it was distressing us,” said Divina Rocco.

Divina’s husband Roy along with some neighborhood kids tried to find the dog several times but with no luck. Roy was determined to help the dog though. “He kept trying to think of different ways and he couldn’t sleep because it felt like he really needed to rescue that dog,” said Divina. On Monday morning Divina and Roy hiked up the other side of the hill and finally were able to spot the dog stuck on a ledge.

The Roccos first tried calling the military police and animal services for help but neither had the right equipment to help the dog. “They pretty much gave up on it,” said Divina. The Roccos weren’t ready to give up though. Roy recruited some of his fellow soldiers from Schofield’s 3rd Brigade Combat Team and using rappelling gear they were able to rescue the dog.

The dog is now safely at the Hawaiian Humane Society. The Roccos are relieved they were able to help the dog and that she is now safe. “I think the dog was probably really scared and would have just stayed there and probably starved,” said Divina. “It breaks my heart to even imagine an animal or any creature to go through that.