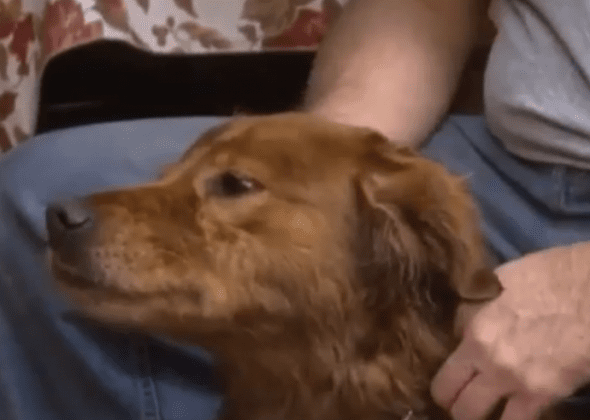 Neighbors came to the rescue of a Golden Retriever named Reeba on Thursday afternoon. Reeba had fallen into an icy lake and was in danger of drowning.

Rachal Bright lives near Pete’s Lake in Beaver Township, Pennsylvania. Late Thursday afternoon Bright heard a dog barking frantically and went out to her backyard to check. That’s when she saw Reeba in the lake.

“I noticed the dog struggling and barking, stuck in the lake,” said Bright. “It looked like it had possibly walked out there and fell through the ice.”

Bright quickly called 911 and then called her brother and cousin to come help her. The three got a boat and were able to reach her in time. Reeba was exhausted by the time they reached her and was relieved to be pulled into the boat.

When they returned to shore first responders were waiting with blankets to warm Reeba up. Reeba was cold and tired, but otherwise doing well. She was reunited with her family and is now home safe.

Iams
VIDEO: This hilarious, leaf-loving Lab is the antidote to Mondays.
Colloidal Silver for Dogs
Dog Food for Cocker Spaniels
Satos are Puerto Rican Street Dogs, and You Can Adopt One
Blue Buffalo Dog Food
What’s the Best Dog Food for Pooches with Allergies?
What’s the Best High-Fiber Dog Food for Your Pooch?