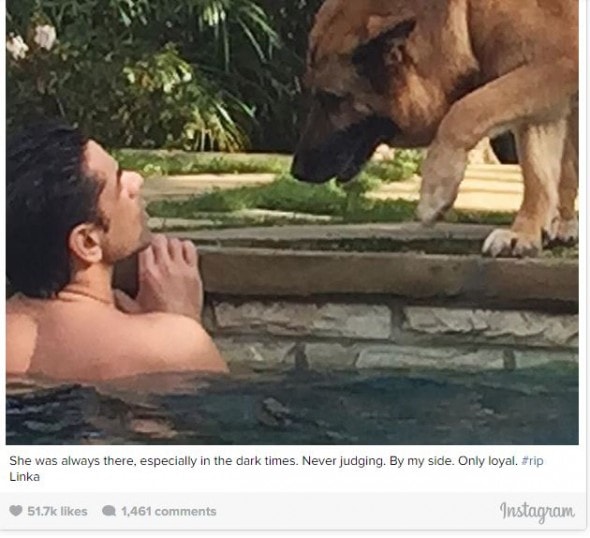 “She was always there, especially in the dark times. Never judging. By my side. Only loyal. #rip Linka.”

Penned below a sweet photo of Stamos and his German shepherd as they shared time by the pool, the Instagram post let the world know that the 52-yearold actor, best for his role as Uncle Jesse on “Full House,” had bid his beloved Linka a final farewell.

He shared many photos of Linka on Instagram, but joked that he liked to keep their relationship mostly private. 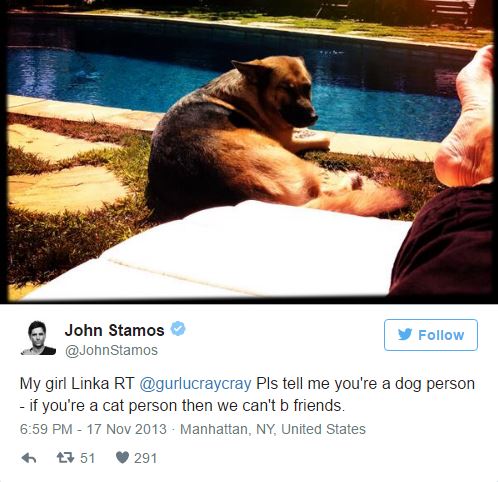 “I have a dog that I love a lot,” he told US Weekly back in 2014, “but I don’t talk about her publicly. She’s very sensitive when it comes to press.”

Those worried that Stamos will sleep alone need not worry. He still has furry friend Frieda to keep him company (and yes, he’s also dating model-actress Caitlin McHugh).