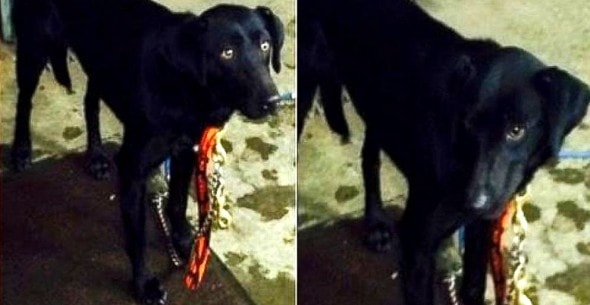 A dog being called Houdini has been on the run from Massachusetts and living on her own outside in New Hampshire for the last three years.  Finally she was found, “swimming” through the snow, and has been captured and will receive the warmth and care she needs.

Three years ago, a one-year-old dog named Jesse was rescued in North Carolina.  She was transported to New Hampshire and adopted by a man from Massachusetts.  Two days later, he reported her missing.

Since then, the pup has been on the run, eluding anyone who came near.  The Troy, NH community has been on the lookout for her since April 2012, after rescue group Granite State Dog Recovery was given a tip on her whereabouts.

“The dog was in what we call survival mode, which made her so difficult to catch,” Granite State founder and president Holly Mockrzecki said. “Survival mode means you can get within 10 feet of the dog, but when you try to call it, it bolts because it’s started thinking humans are predators.” 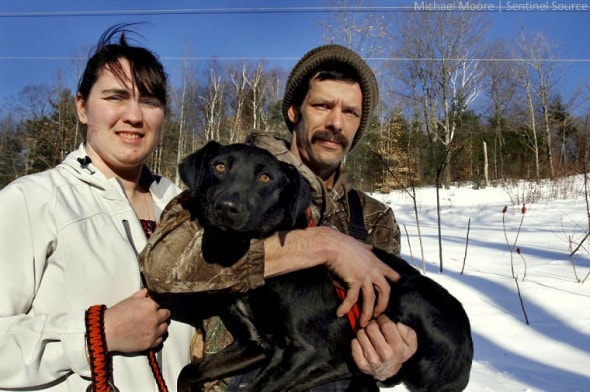 But because of all the snow that recently blanketed New England, she was rescued at last.  Tiffany Bennett, her boyfriend Courtney Davis, and a couple of friends grabbed the timid dog as she tried to make her way through 40 inches of snow.

“She’s doing well right now, but she needs to be treated for Lyme disease and heartworms,” said Tiffany, who calls the dog Houdini. “She’s eating and approachable, and she loves to be pet. But she’s still scared. She hasn’t interacted with humans in a long time.”

Apparently the man who originally adopted her does not want her back.  Bennett, who already has 13 dogs of her own, has a friend caring for the dog in her heated garage until she goes to Fast Friends Greyhound Rescue in Swanzey, where she will be treated and put up for adoption.

Bennett has created a Facebook page for Houdini to keep people updated on her progress.

“I hope she gets the loving family she deserves,” Bennett said. “She can be someone’s new best friend. She’s very precious.” 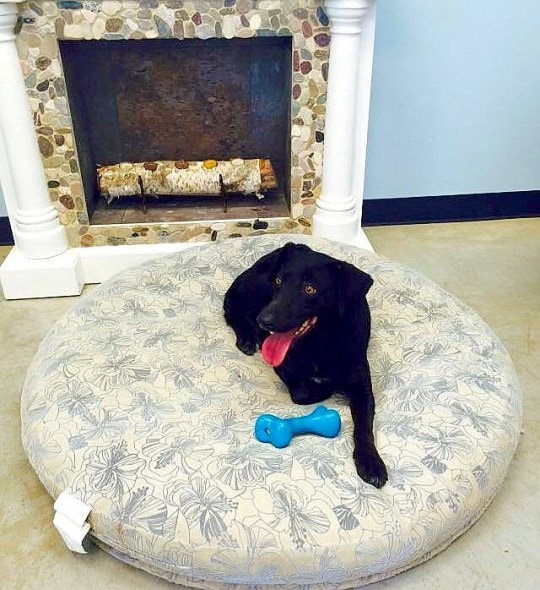