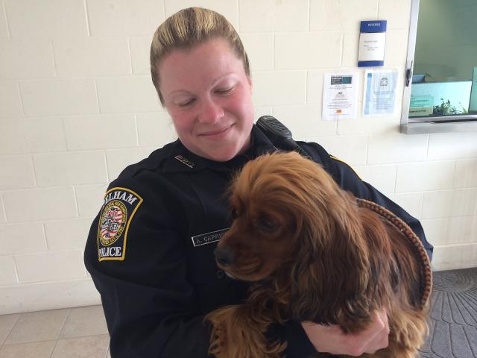 Reports of the dog came into police last Thursday.  The dog was sighted wandering some woods near a local Pelham Fish and Game Club.

Animal control officers and Granite State Dog Recover we called in to help.  A live trap was set up, and a trail camera was used to monitor it.  There was a small dog that had visited near the trap Friday night on the film, but it didn’t enter the trap.

Later that Saturday afternoon, the rescue team went back out to the trap, and set some extra pungent, wet dog food in the trap.  That bait seemed to do the trick. 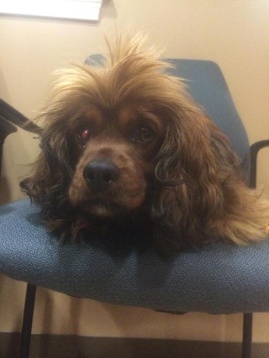 The bait brought the right dog into the trap that night, and the Cocker Spaniel was taken out of the woods by rescue teams.  He was brought to the Rockingham Emergency Veterinary Hospital for a full medical work up.

He’s somewhere between six and seven months old, and has a reddish coat with black fur at the tips.  The dog does not have a microchip, and wasn’t wearing any identification collars or tags either.  Medically speaking, the only real thing that he had been suffering from was a red and irritated eye, but seems to be in good health.

If you are, or know the humans he belongs with, you are asked to contact Pelham Animal Control Officer, Allison Capringo via the police department.  The phone number is 1-603-635-2411. 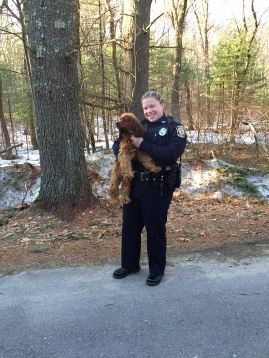