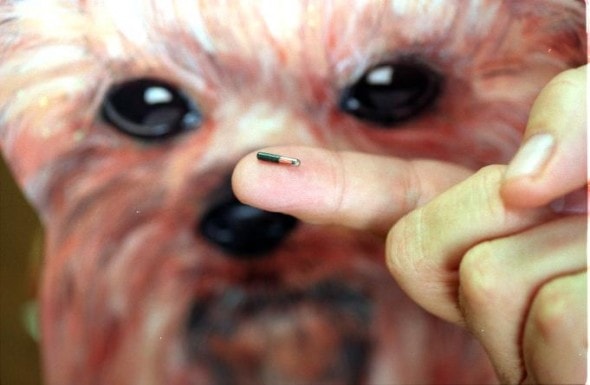 In an effort to cut down on the number of stray and abandoned dogs, the United Kingdom will implement a law that will require dog owners to make sure their pets are microchipped.  The law goes into effect in 2016.

According to BBC News, over 100,000 dogs are lost or abandoned in England every year.  Efforts made to reunite dogs with their owners or to find them new homes can cost taxpayers upwards of $90 million.  This statute could greatly reduce that cost, as well as cut down on the number of dogs who face euthanasia.  Of course, just because there is a law does not mean every person will comply.

But for anyone who has ever had a pet run away, the microchip has been a godsend.

“Microchipping is a simple solution that gives peace of mind to owners,” said UK Environment Secretary Owen Paterson.  “It makes it easier to get their pet back if it strays and easier to trace if it’s stolen.”

Microchipping is relatively inexpensive, generally costing between $25 and $50.  The fines for those who ignore this new law could end up being as high as $800.

In the US, there are millions of dogs in shelters.  Perhaps implementing a law like this could help keep more animals off the streets and less of them in abusive, neglectful homes or shelters.