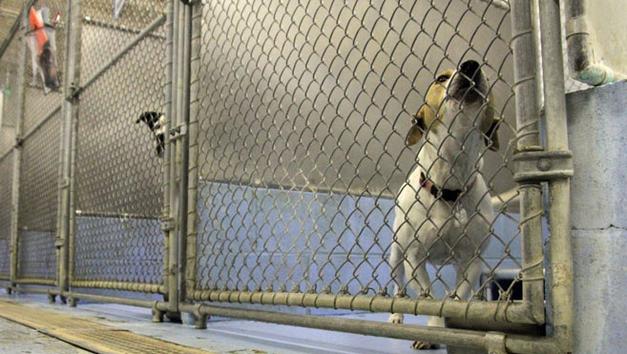 It’s good news for dogs and cats in Pasco County, Florida this week as county commissioners endorsed an ordinance that makes it illegal to sell puppies or kittens at flea markets, parking lots and festivals.  The ordinance, which is the same as the one that failed to pass last year, also cracks down on puppy mills, redefines breeders, and prohibits owners from tethering their pets.

Animal Control Manager John Malley argues that selling pets at flea markets is already outlawed in many jurisdictions.  “The concern with selling animals at flea markets is it’s generally done on weekends, when we don’t have staff on duty,” he said. “There have been violations in the past, and it’s difficult for us to enforce with our limited resources.”  In addition, pets sold at flea markets are often the product of puppy mills which tend to have unhealthy and cruel conditions, as well as fraudulent health certificates according to Malley.

Under the new ordinance anyone who breeds more than 2 litters  or 20 puppies a year is considered a breede.  As well, it requires that strict documentation be kept on any dog sold for at least one year and they are subject to inspection. This is great news for dogs, and for prospective dog owners as they will have more assurance that they are receiving a healthy and well cared for puppy.

Failure to comply with the new regulations will result in the breeder having to forfeit their animals. While not everyone is in agreement, the county’s Animal Control Advisory Council is very satisfied and Commissioners Ann Hildebrand, Ted Schrader and Henry Wilson said they support the new rules and voted to call another public hearing, which is required for final approval.