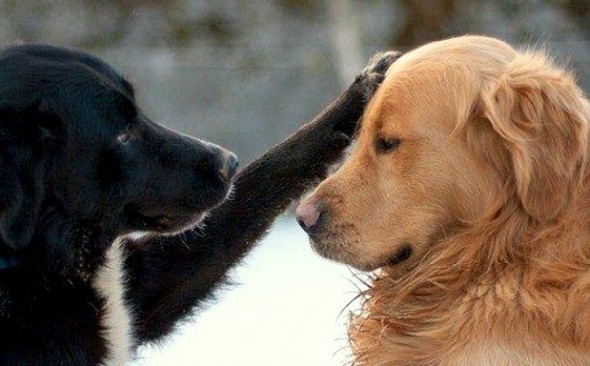 Research is showing that dogs are even smarter and more empathetic than previously believed – closer to the levels of our primate cousins.  Dog lovers already knew that, but now a new study is showing that dogs will give food to their canine friends without receiving anything in return.

The act of helping another animal without necessarily benefiting from it in any way is called prosocial behavior.  Until just recently, this kind of cooperation has only been scientifically demonstrated in other primates.

But dogs are showing their capacity to be generous in the form of doling out food, and they are most bounteous with their buddies.

Researchers conducted an experiment wherein dogs were put in cages and could pull on a lever to give their neighbor a tray with food.  The dogs were shown how pulling on one lever would deliver an empty tray, and the other lever would supply the other dog with a snack.

The dogs were altruistic more frequently with dogs they had met before. 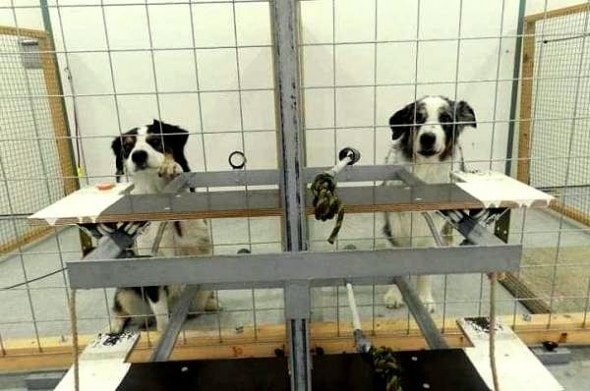 “Dogs truly behave prosocially toward other dogs,” explained lead researcher Friederike Range, an animal behavior expert at the Messerli Research Institute in Vienna. “That had never been experimentally demonstrated before. What we also found was that the degree of familiarity among the dogs further influenced this behavior.

Controls were put in place to ensure that the dogs weren’t just pulling a random lever for fun – they were also showed how to dispense a treat to themselves.

“This control excludes the possibility that the dogs did not pull on the tray out of fear of the unfamiliar dogs. Given the same situation, the dogs gladly gave themselves a treat,” Range said.

“We were also able to disprove the argument that the dogs pulled the string less frequently because they were distracted by the unfamiliar partner during the test.  Only rarely did a donor dog interact with the unfamiliar dog.” 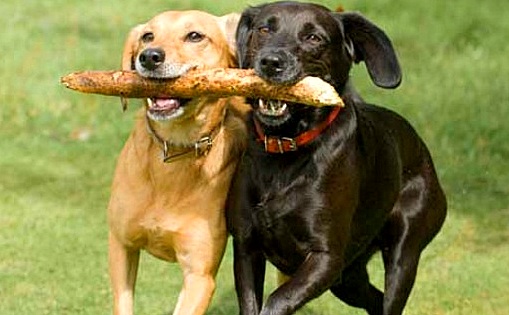