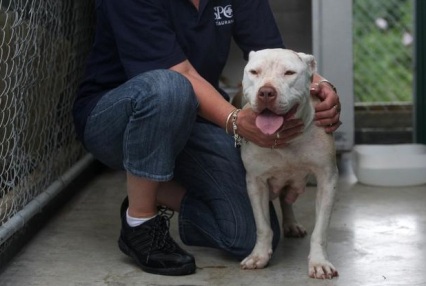 Animal welfare officers are horrified at the actions of an unknown person who threw a sack of newborn puppies into an estuary at Welcome Bay, the latest in a string of horrific animal abuse incidents in Tauranga, NZ. A bag holding at least six American pit bull staffordshire-cross puppies drowned after they were thrown into the estuary, near James Cook Dr. Sonia Landers from Tauranga SPCA found the bag of dead puppies and their distraught mother dog at 7am on Saturday.

The mother dog was howling.

Tauranga SPCA was notified of the case on early Saturday morning after a Welcome Bay resident saw the dog’s attempt to save her puppies the night before. Tauranga SPCA animal welfare inspector Jason Blair said the resident, who lived about a block from the estuary, heard howling about 1am on Saturday. After the howling continued for about two hours, the resident became distressed by the noise and went down to investigate, Mr Blair said.

“They witnessed the [mother] dog carrying a red reusable New World shopping bag, as well as puppies, getting out of the water and taking them up the bank. They saw the dog pace back and forward between the shore, with the bag of puppies in her mouth,” Mr Blair said. 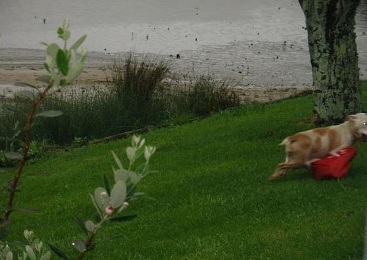 Between the time of the incident and 7am, someone managed to put a rope around the mother dog’s neck and contain her until the SPCA arrived the following morning, Mr Blair said. Mrs Landers said when she got to the scene, the mother dog was “severely distressed”, very skinny and “moderately malnourished”. Mrs. Landers said anyone who was capable of throwing the puppies into the water “deserved to be locked up behind bars”.  “I really want to find the person responsible so they can be brought to justice.”

Tauranga SPCA knows where the dog and puppies have come from but have been unable to find the offender at this stage. Mr Blair said the Tauranga SPCA needed the help of the public to find the person who dumped the bag of puppies in the estuary. “We’re searching for someone who was out some time after dark on Friday night who was walking around the Welcome Bay Road area, near Waitaha Rd, with a red carry bag. “Anyone that saw anything, please come forward.

The incident follows a series of animal abuse incidents in the Western Bay, including an 8-week-old puppy that had its ears hacked off, a dogue de bordeaux dog being killed in an arson attack and a 3-month-old kitten being killed outside a Tauranga family’s home and left on the owner’s doorstep.

When the Times visited the Tauranga SPCA yesterday afternoon, the mother dog, which the SPCA has named Faith, was sitting motionless in her kennel. Mrs Landers said Faith had been howling since the incident almost a week ago and had only stopped making noises in the past 12 hours. 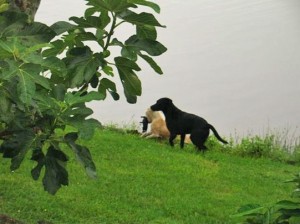 Tauranga clinical psychologist Hans Laven said animal abuse cases were distressing, especially if the act was intentional. “If it was a deliberate act by an adult to cause the deliberate suffering of an animal, then it’s a real worry… although it’s not definite they will cause more violence on other humans, these people just have a much higher chance than the average person,” Mr Laven said. However he said incidents like this were “hard to generalise” without knowing the full facts.

Mr Laven said the act, if intentional, was concerning, but was influenced by the “definition of abuse”. He said times were fast changing and what may have been acceptable in the past was not acceptable now.

Tauranga MP Simon Bridges, who this year introduced a bill to Parliament toughening the penalties for people who abused animals, said the latest Bay case of animal abuse was “very disturbing”. “The lead-up to Christmas can be a very stressful time for people and as well as happy times, people come under pressure with finances, relationships, and sometimes at Christmas people take [their frustrations] out on defenseless animals. “It’s very concerning because… the animals do not fight back the way that humans do and they tragically are the ones that cop it.”

Mr Bridges said the number of animal cruelty cases in recent weeks was “very concerning” and was similar to the same amount of cases in the same period last year.

Republished by permission of Bay of Plenty Times in hope that the perpetrator is found and prosecuted to the fullest extent.