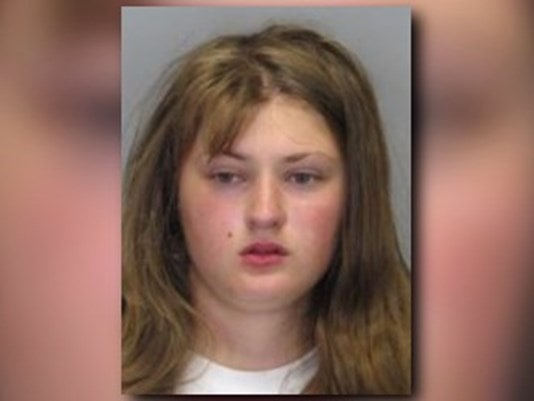 It would seem that no matter how many dog news sites constantly implore people NOT to leave dogs in their cars because of the numerous dangers of doing so, the message falls on deaf ears.  Yet again, someone is facing felony animal cruelty charges, coming from a dog dying after being left in a hot car.  Yet again, a life has been lost needlessly, and a young woman’s life will be forever changed.

This time, the story takes place in Falls Church, Virginia.  Megan Kurtz-Campbell was at a PetSmart (where they encourage you to bring your dog into the store with you usually) location on Arlington Blvd, when someone called the police over her five-year-old puggle being locked in her car, with the windows rolled up and not running, so no air conditioning.

When emergency crews showed up, it was determined that the dog was in severe distress, and needed rescue.  Firefighters broke into the car, but it was too late for the poor dog.  Try as they might, there was just no wat to save the dog.  The firefighters then took the dog into the store where there was a vet on hand, and it was deemed that the dog died from the heat and neglect by Kurtz-Campbell.

Kurtz-Campbell now faces felony animal cruelty charges for her lack of care and poor decision making.  Unfortunately, the police department says that it has had to respond to a total of 23 calls relating to dogs and the heat that’s been beating down on parts of the US like a drumstick.  With the weather outside being around 100 degrees, the temperature in the car could quite literally cook someone alive.

This scenario is more than avoidable, and given the omnipresence of the internet, it’s got to be virtually impossible NOT to see this same story play out time and time again.  There’s no excuses at this point, short of living under a rock or on another planet where an internet connection just isn’t going to reach.  PLEASE people, the world has been dealing with a heat wave of epic proportions.  We all love our dogs, and none of us really ever want to leave them behind.  But if we want to keep them safe, LEAVE THEM HOME!  It stinks to have to do that, but most of us would rather come home to an excited dog greeting, than stand and face charges because of a bad, and quite frankly stupid decision.