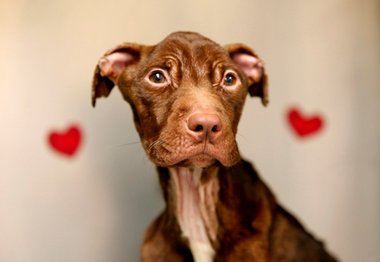 Kisha Curtis, the woman charged with throwing her pit bull down a trash chute last year, defended herself outside the Essex County Veterans Courthouse today. Curtis admitted leaving the pit bull, named Patrick by his caregivers, in the hall outside her apartment, but denied starving him.

The Newark woman maintains that she left the dog in the care of a security guard at her apartment complex. “He was healthy the last time I saw him, and that’s how I expected him to be,” Curtis said today outside the courthouse.

Curtis faces a fourth-degree cruelty to animals charge for allegedly throwing the emaciated pit bull down a dumpster chute.

Curtis said she she was relieved to see that Patrick had recovered. “Happy about that. I wish him well…Mainly, I’m embarrassed and still feel a lot of pain.”