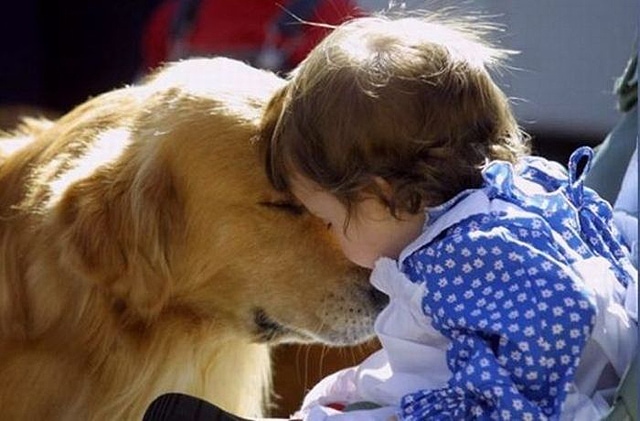 According to a study published in the medical journal Pediatrics, children raised with dogs are healthier than those raised without – and are less prone to common infections.

Released Monday, the findings are based on the overall health of  397 children who lived in rural and suburban parts of Finland who were monitored weekly to determine if contact with dogs and cats during a child’s first year provides any protection from respiratory tract infections, colds and resulting common ear infections. “The children having dogs at home were healthier, they had less ear infections and they needed less antibiotics,” said pediatrician Eija Bergroth, the study’s lead author.

According to researchers, infants living in households with dogs were healthier and had fewer ear infections than those without a dog. Another encouraging finding: children with dogs were reported as being healthy for about 73% of the time, compared with about 65% of children with no dog at home.

Dr. Bergroth said that children who lived in households where dogs spent more time outside enjoyed the greatest health benefits, likely because dogs who spend much of their time outdoors are likely to bring more dirt and bacteria inside the home, and it is believed that exposure to dirt and bacteria strengthens babies’ immune systems.

The study followed children born at Kuopio University Hospital in Finland. Parents completed weekly questionnaires, documenting ailments such as fevers, coughs, runny noses, ear infections, diarrhea, urinary tract infections and rashes. Families were also asked if they had a dog or a cat and if so,  how much time the animals spent outside.