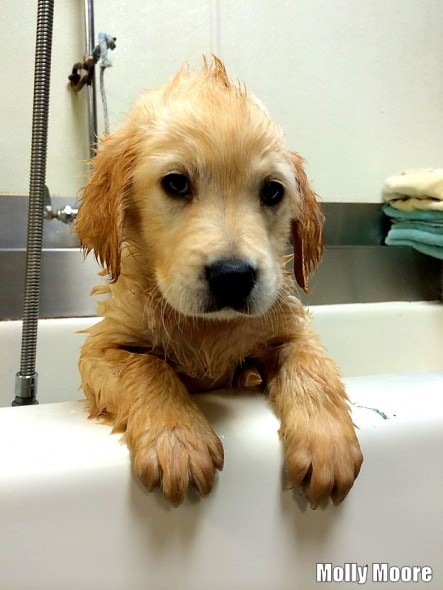 “Aww, those braces look so cute on you!”  Said no one ever (parents aside).  Until now.  When Wesley’s adult teeth started growing in poorly and causing him pain, his dentist granddad fitted him with some braces.  And doesn’t he look just precious?

Molly Moore of Spring Lake Michigan works alongside her dad Jim at his vet clinic, Harborfront Hospital.   Her golden retriever, Wesley, had been a very happy-go-lucky puppy until his baby teeth fell out and his new ones started coming in. 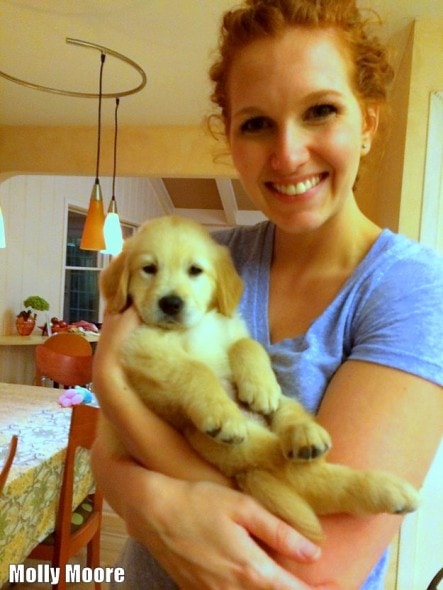 “Once his adult teeth started coming out, we noticed they were coming in wrong and he was unable to close his mouth fully,” Molly told BuzzFeed News.

“He wasn’t playing with his toys and he was losing weight,” she continued. “It was very worrying for me, and we needed to do something for him to be pain free and live a happy puppy life.”

But as fate would have it, her father is actually a veterinary dentist, and knew just what to do: put braces on Wesley.  Though this isn’t something that’s usually done for dogs, it can certainly help in situations like these. 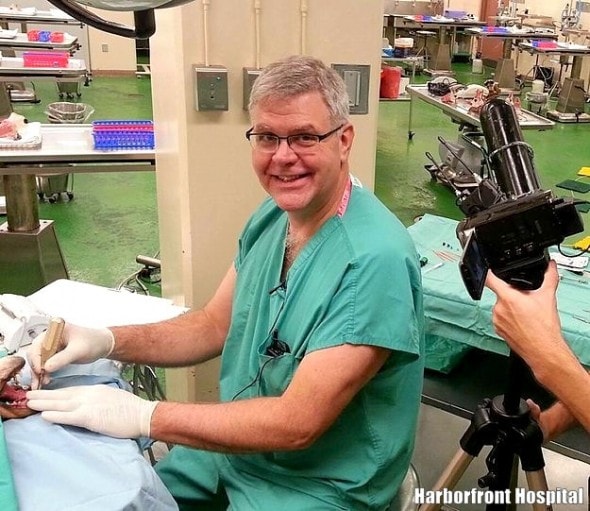 “We don’t place braces or any oral appliances in the mouth for aesthetics,” Jim said. “We do this for pain or function.”

“A lot of people don’t understand,” Molly added. “They think we did this so he won’t get picked on in the playground, but there’s a serious medical reason.”

Wesley has malocclusion, which is where the teeth do not align to allow for the jaws to close properly.  Fitting a dog for braces is something Jim says he only does about four times a year. 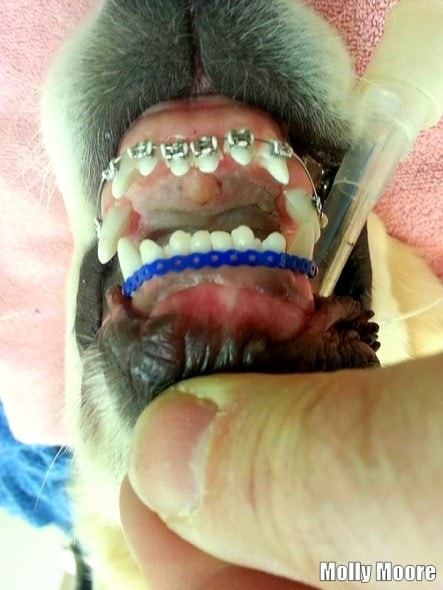 Wesley was sedated for the procedure, and from the looks of his photos, he’s not bothered by them much at all.

Unlike humans, Wesley only has to wear them for a few weeks, and he doesn’t have to worry about embarrassing himself by getting food caught in his braces at lunch. 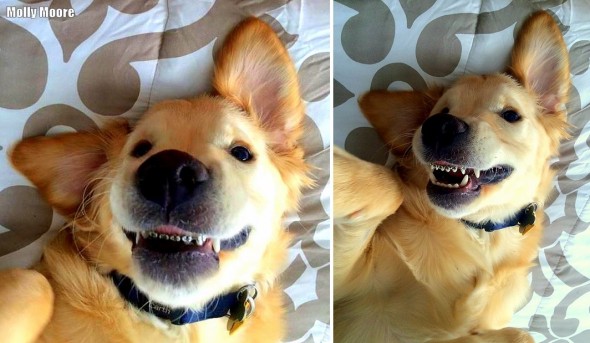