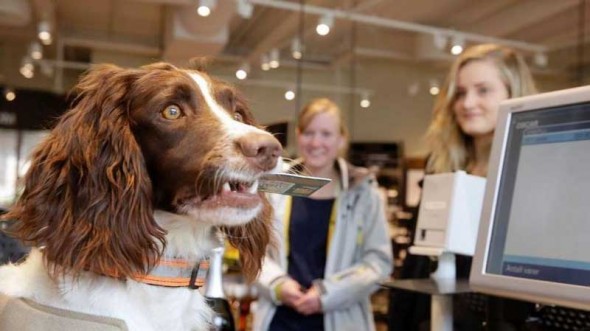 The Norwegian government-owned alcoholic beverage retailer Vinmonpolet is enlisting the help of Tutta to detect underage teenagers using fake IDs. In Norway the legal drinking age is 18. When someone is nervous they secrete substances into the skin and Tutta has been trained to detect them. Tutta makes visits to various stores and sniffs out those who may be using a fake ID to purchase alcohol.

Tutta’s work is part of a campaign to bring awareness to the consequences of using a fake ID to purchase alcohol in Norway. For teenagers that are caught using a fake ID they face fines, imprisonment and can prevent Norwegian teens from obtaining visas to study abroad.