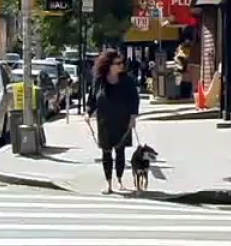 New York City Councilman Peter Vallone Junior says a dog that’s tied up is three times more likely to bite than one that’s allowed to roam free, just one of the reasons he’s sponsored legislation to make it illegal to tie up a dog for more than three consecutive hours in 12-hour period.

It prohibits owners from using tethers that choke a dog or are too heavy. The bill also requires food, water, and adequate shelter be given to a dog if it’s restrained for more than 15 minutes. First-time offenders face a fine of up to $250. A repeat violator could face a fine of up to $500 or up to three months in prison.

The Council approved the legislation by a vote of 41-to-7. Mayor Michael Bloomberg is expected to sign the bill into law.