On July 11, 2014, 73-year-old Ronald Ward passed away while walking his dog, a white bull terrier, near the Canadian River northeast 36th and Sooner Road in Oklahoma City, Okla. Even though temperatures surpassed 100 degrees Fahrenheit, the loyal pup remained on guard, next to his owner’s body until police officers arrived at the scene.

The body was discovered by neighbors and they called authorities in order to get the deceased man and his dog some help. 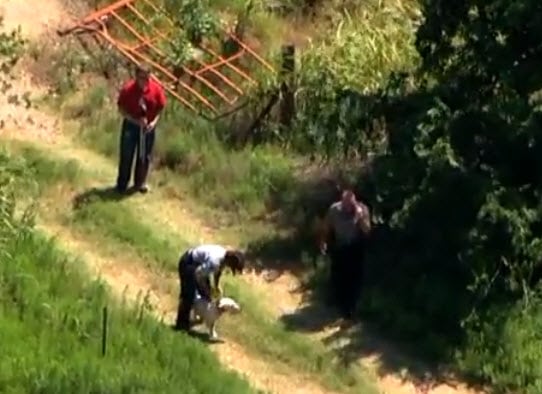 Because the loyal pet refused to leave his owners side, Animal Control officers were called for backup. The canine was very thirsty in the heat of the day, but he was more confused and scared, due to his loving owner’s passing.

The dog was taken to the Oklahoma City Animal Shelter and there, he showed signs of depression.

The bull terrier wouldn’t eat or bark and showed little interest in his surroundings. Animal welfare supervisor Sheridan Lowey told KFOR that those were typical signs of an animal in mourning. 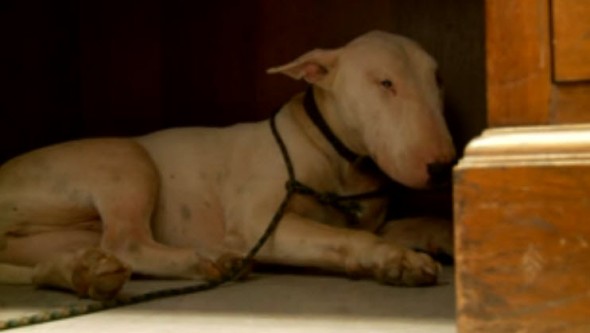 At first rescuers hoped the bull terrier would overcome his sadness and planned to place him up for adoption once the pet was ready to move on and enjoy life again with a new loving family. However relatives of the deceased came forward and offered the dog a loving home.

According to AC officers the dog’s sadness quickly dissipated when he heard and recognized the relatives by the sound of their voices. The dog perked up and was more than happy to go home with his new owners.