Before Rex was adopted, he was a very aggressive stray dog known for killing cats and getting into frays with other dogs.  But when he found a near-dead hummingbird, he refused to leave its side until his dad did something about it.  Now the two are inseparable.

“He was dangerous,” Ed Gernon of Whittier, California told CBS News. “He was an animal that had learned to live on the streets and to survive on his own hunting ability, I guess.” 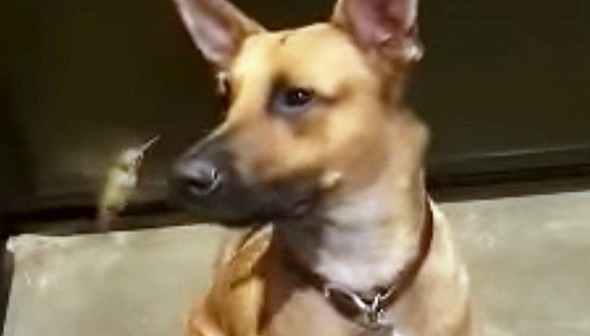 So it came as a huge surprise to see Rex behaving so tenderly towards the tiny creature.

“He suddenly stopped and he would not move,” Ed explained. “I mean it’s tiny and it’s dead as far as I’m concerned. It’s covered in ants. It’s got no feathers.” 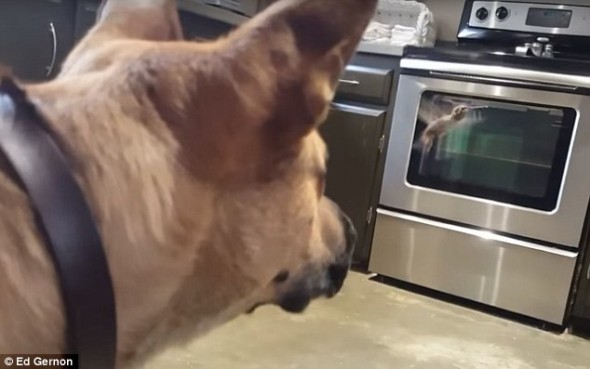 But Rex knew better.  The wee thing was still alive, and at Rex’s insistence, Ed brought her home.  He called her Hummer, and nursed her back to good health.  It’s been a year since her rescue, and even though she is free to the wild, she refuses leave Rex’s side.

“Wherever he was, she wanted to be close by,” Ed wrote on YouTube. “She even started bathing in his water bowl, killing time while he ate before she’d start playing with him again. So strange, but amazing. I rescue this dog. He rescues the bird. The bird rescues all of us in a weird sense and it’s just a miracle.”