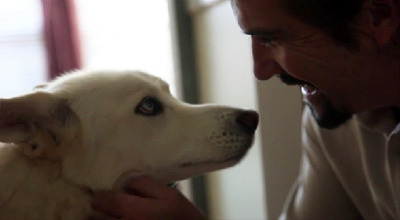 Eight years ago, a Siberian Husky in Texas chased a duck into a pond. A neighbor complained to the city of Plano, and to this day Sasha continues to live under court imposed restrictions reserved for truly dangerous dogs.

When I wrote those words in November, Chris Dunne had just filed a lawsuit against the city of Plano in order to clear Sasha’s name and have the dangerous label discarded. The city maintained that it was necessary for Dunne to line his property with dangerous dog signs in order to keep citizens safe, and Dunne was eventually cited for not having enough signs in place.

Fast forward to yesterday. Dunne had his day in court, and the outcome is disappointing. Dallasnews.com reported that Dunne lost his bid to have Sasha removed from Plano’s dangerous dog list, and was fined $200 for not having sufficient signage posted on his property.

$200 for not protecting his neighbors from his duck chasing dog.

Obviously, Sasha is not a dangerous dog, and as frustrating and inappropriate as the label may be, it’s the city’s policy that has this blogger’s hackles up: once declared dangerous, there are no provisions for having a dog reevaluated or removed from the list. Dogs unfairly branded have no defense or protection. And Plano has no plans to do anything about it.

Labeled for life, Sasha will live out her days with her devoted and defeated owner, unaware of the controversy that surrounds her, and blissfully unaware of the fact that in my opinion, Plano, Texas is not worthy of having her.

35 thoughts on “Dangerous Dogs and The Slippery Slope of Labeling”