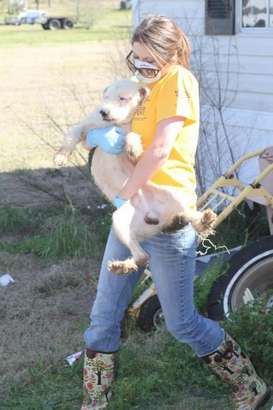 After over a hundred dogs were discovered at an unoccupied mobile home in Mississippi, an animal hoarder has agreed to turn herself in.

A25-person team assembled to rescue the dogs after a utility inspector reported the domicile to the humane society.  According to Stone County Chief Deputy Phyllis Olds, none of the dogs had a full coat of fur, and most had a contagious form of mange and oozing sores.  All were suffering ear and eye infections and upper respiratory infections from breathing in urine fumes.  Floors were blanketed in their waste.  Despite wearing masks, team members frequently had to take breaks outside because of the pungent odor.

“We couldn’t walk any way inside the house or outside the house without walking through or sliding in feces or urine,” Olds said.

There was no food or water present, and it is believed that some dogs had been eating others.  Several lactating mothers were saved, but no puppies were found.  The team came across one decomposing dog inside the double-wide trailer, and found about a dozen deceased dogs in black garbage bags and empty dog food bags, according to HSUS Mississippi director Lydia Sattler.

It was Donna Byrd’s first rescue operation, and she asked if what she was seeing was typical.  She was reassured that it wasn’t, but veteran rescuers said the bust was the “absolutely horrible;” for many, the worst they’d ever seen. 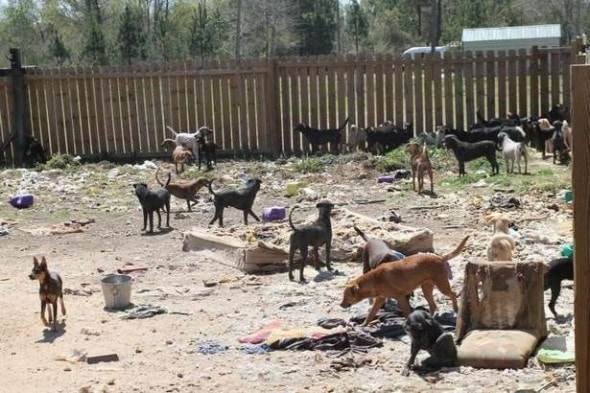 A few days after the story broke, the woman who was accused of hoarding the dogs, Shirley Gai, turned herself in to police.  She surrendered custody of the dogs and was booked on simple animal cruelty for neglect and 116 counts of failure to provide rabies shots.

In a statement Gai said she “has a long history of rescuing animals and working for animal rescue organizations.”

The organizations knew her, but did not have a professional relationship.

Gai claimed many of the dogs were given to her by shelters and had pre-existing health conditions.  But Sattler says the statement just further proves her to be a hoarder.

“In her mind, she was a rescuer,” Sattler said. 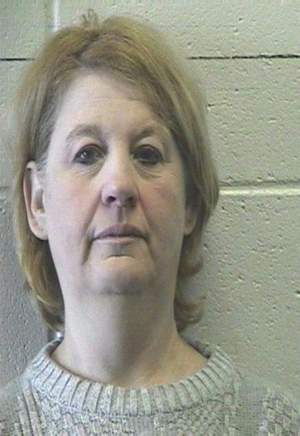 This is not Gai’s first animal neglect arrest.  She was charged with an animal related offense in 2005.  She was accused of hoarding dogs in Lumberton last year, and was driven out of town after police found 37 dogs in her care.

“This lady is a hoarder, and she’s got a mental health issue that she needs to deal with,” Olds said.

Gai surrendered when her legal counsel informed her that the cost to house her dogs until her court date would be $1,120 per day.  She has yet to speak to deputies about what she has been charged with.

“The only thing I’m asking besides she pay her fine is that she get some mental health help,” Olds said.

After the 10-hour rescue was finished, Byrd went home and hugged her five dogs.