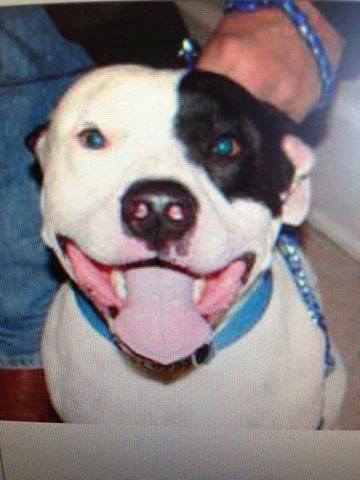 Last week when several tornadoes ripped through Granbury, Texas Jerry Shuttlesworth grabbed his dog Junior and hoped for the best. As Shuttlesworth clung to Junior he was thrown from his home and Junior was ripped from his arms. With the help of Facebook Shuttlesworth and Junior were reunited.

Devastating tornadoes came through Granbury, Texas last Wednesday leaving six people dead and many without homes. An estimated 200 dogs went missing from their families during the tornado. As the tornado tore through Granbury, Shuttlesworth grabbed his six-year old pitbull, Junior, and ran into the laundry room of his mobile home to wait out the tornado. The two clung together hoping for the best but when their home was hit the two were separated.

“I said, ‘Junior, it’ll be okay.’ And I was praying,” Shuttlesworth said. “The only thing I can figure out is I went upside down holding onto him, and he was no more.”

Shuttlesworth had been thrown from his home and suffered serious injuries, including a broken foot. All he cared about though was his dog and whether he was safe. Shuttlesworth was unable to search for Junior for his injuries. Luckily, a Facebook page was set up to help people affected by the tornado to find their pets.

Junior ended up at a shelter where volunteers are overwhelmed trying to reunite many dogs displaced by the tornadoes with their families. One of the volunteers recognized Junior from Facebook and was able to get in contact with Shuttlesworth. When Shuttlesworth received the good news that Junior was safe and found, he rushed to the shelter to be reunited with him.

Even though Shuttlesworth lost his home and everything he owned he is grateful to have his best friend back in his life.