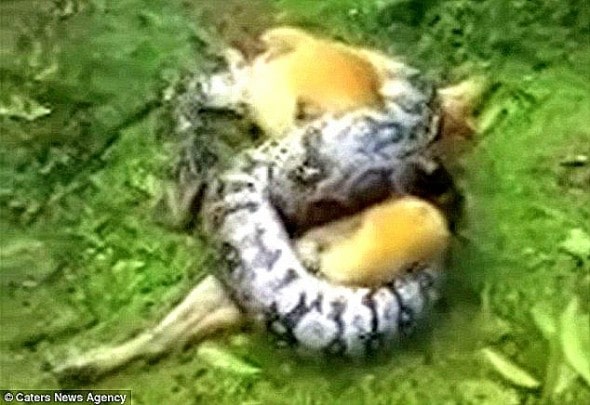 Sure, snakes have to eat too, but who wouldn’t do everything they could to save their dog from becoming a python’s dinner?  One man in India did just that, and he was able to do it without harming either animal.

A man in Karnataka, India finds his dog being slowly encircled by the gigantic python.  In order to save him, the man grabs a leafy tree branch and starts hitting the snake.

At first it seems like the swatting does little to even annoy the python, but the man does not give up, and soon the snake begins to uncoil itself.

The dog quickly scrambles to get away as the snake slithers off into the woods.  The dog barks as if to say, “that’ll teach you to mess with me when my dad’s around!”