The Pennsylvania Senate has voted in favor of Daniel’s Law in an attempt to ban the gassing of dogs and cats in the state.

Senate Bill 1329 will now go before Pennsylvania House of Representatives for consideration. 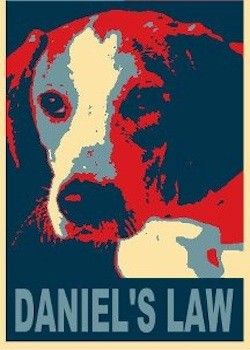 The bill would outlaw the gassing of cats and dogs with carbon monoxide, a crude means of euthanization method that is still used by a number of shelters throughout the state. The bill will require veterinarians, animal shelters, and humane society organizations to disclose the method of euthanization that they employ.

Dinniman said he cannot condone the practice of attaching a hose from the tailpipe of a vehicle to a sealed container in order to suffocate animals until they die.

“That is downright inhumane and we took a major step toward stopping it here today,” said Dinniman. “There is absolutely no reason why animal gassing should continue in Pennsylvania. It is inhumane, it is unreliable, and it is dangerous to shelter personnel. It is time for the Commonwealth to join the long and growing list of states that have banned this barbaric practice.”