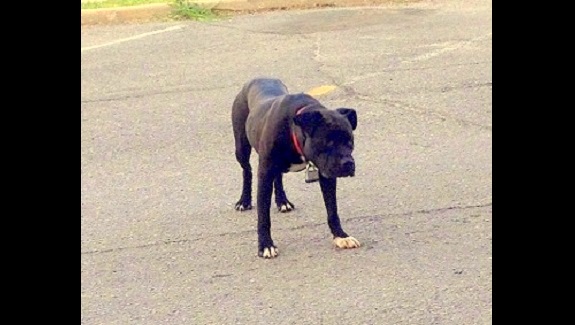 A heroic woman in Oklahoma City spent over an hour coaxing a timid black pit bull to her.  The poor girl had a padlock on her neck, and it was later learned that she had been locked in an apartment and left to die.  Now she is in quarantine and recovering from her ordeal.

Tiffany Kinsey was pulling into the Oklahoma City Public Schools district headquarters when she spotted a black female pit bull with a padlock on her collar.

“I carry a rescue kit in my car, so I opened my door and started throwing some Beggin’ Strips her way. She was very guarded, wanted them but didn’t want to come close,” Kinsey explained.  “I was starting to earn her trust and then I had a co-worker who pulled up who had been to McDonald’s for his breakfast and he gave her that as well. Then we had her trust after bacon.” 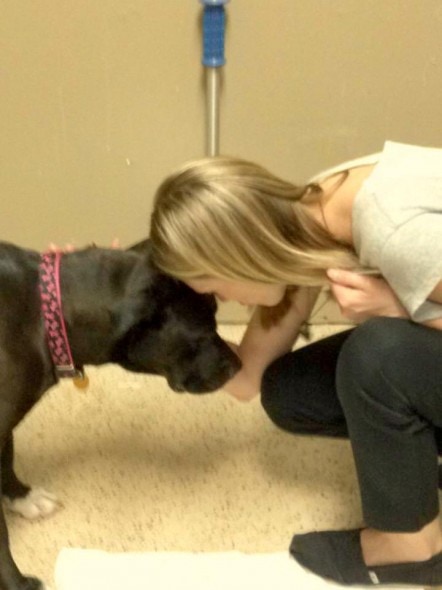 Understanding that she could trust these kind strangers, the dog excitedly jumped into Kinsey’s car.

“She just let out a deep sigh and fell asleep and was snoring within minutes and I just started crying thinking, ‘When is the last time she felt safe enough to go to sleep?’”

Kinsey got the lock off of her collar and called her Paddy.  When she scoured the neighborhood for the dog’s owner, she learned a bit of her history from the neighbors.

“The dog from what I understand was chained in the home …no air, nothing in the house, with the dog food bag on the front porch,” she said. 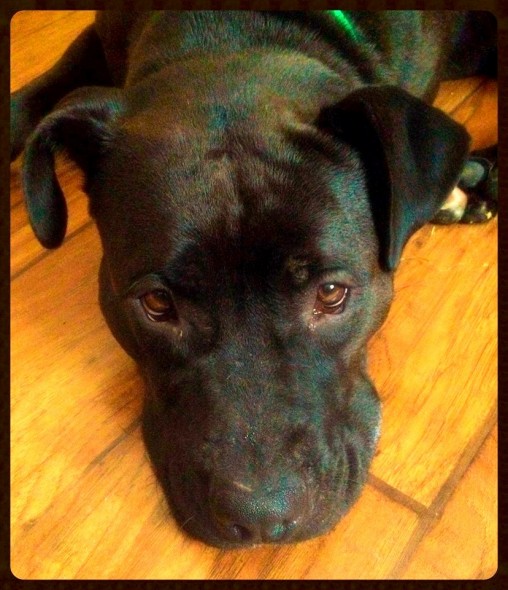 The dog food was outside, but Paddy had been left locked in a vacant unit of the duplex home.

“The man that I spoke to said that he believed the dog was stolen because the woman who previously lived at the duplex showed up one night with the dog and then she left,” Kinsey said.

It appears that Paddy may have been well-cared for at some point, as her nails had been clipped.  Perhaps she was stolen from a loving family to be used as a bait dog.  In the meantime, she is being kept in quarantine at a veterinarian’s, with Kinsey paying for her care.  She is hopeful that Paddy’s true family comes forward, or that a new home can be found for her.

“She deserves it,” Kinsey said.  “I made her a promise and I have to keep that.”