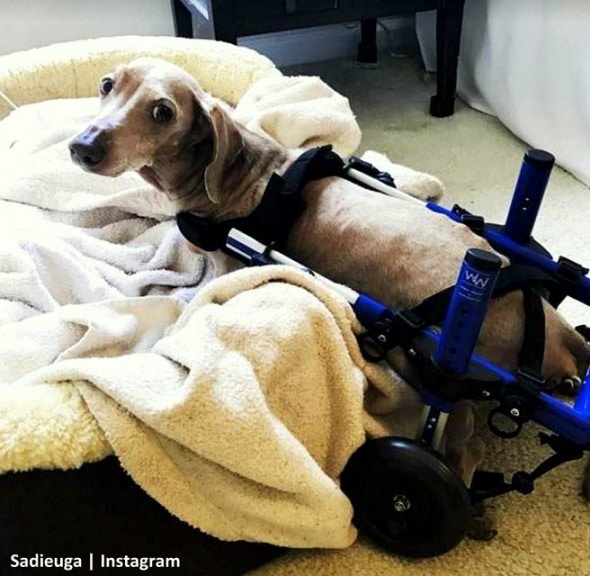 Artie is 12 years old.  Some dogs that age aren’t real keen on having a loud, rambunctious baby taking over their comfy digs, but not Artie.  He couldn’t wait for his human brother to be brought home, and the two have been inseparable since that day.

Sadie and Bill Cherney adopted Artie from a friend several years ago after he had injured himself and became paralyzed from the waist down. 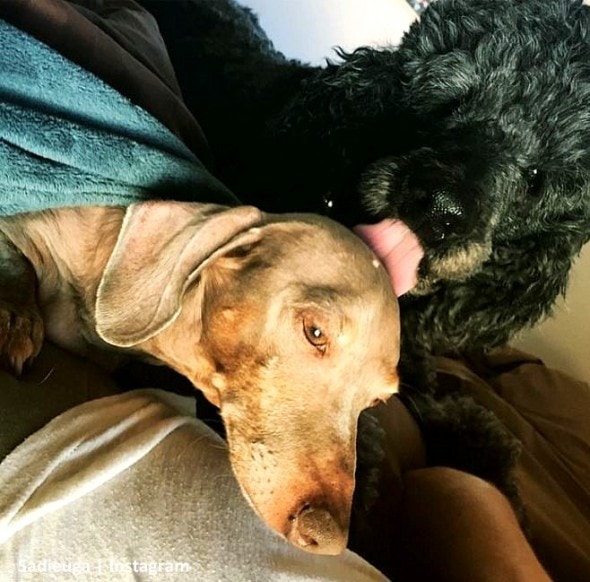 “Before we had Ben, people told us that Artie was like our human child,” Sadie told The Dodo. “Because he’s partially paralyzed, his special needs required a little extra attention, and we often say he helped us transition to being parents of a newborn.”

When the couple began prepping their Greenville, South Carolina home for the arrival of a new baby, they made sure their dogs had plenty of time to prepare, too.  They played recordings of sounds babies make, and turned on the swing and electrical toys so they’d be accustomed to them by the time their bundle of joy came home. 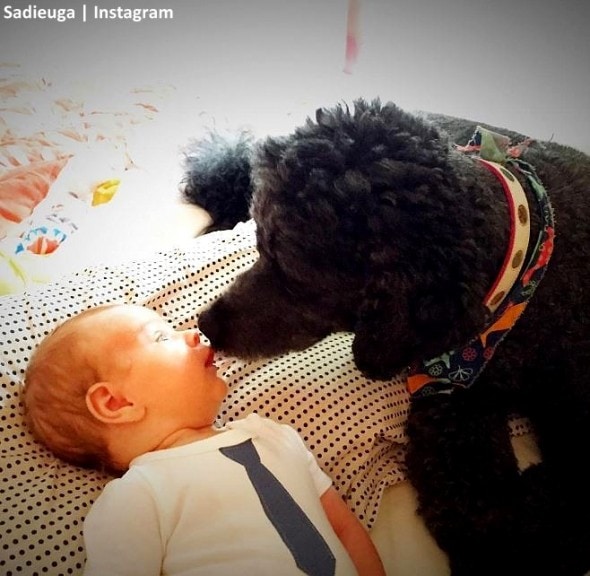 Of all the dogs, Artie seemed to be the only one who was truly excited to meet his new family member.  After Ben was born, Sadie sent his swaddling blankets home for them to get used to his smell.  Artie would scamper off with them and snuggle with them on his bed.  It wasn’t long before the new parents saw that the baby felt the same about his big brother.

“Since Ben has been able to recognize our dogs, he’s always had an affinity towards Artie,” Sadie explained.  “As Ben got older, he started seeking Artie out, and once Ben realized that Artie was short enough to lick him on the face, the friendship was set.” 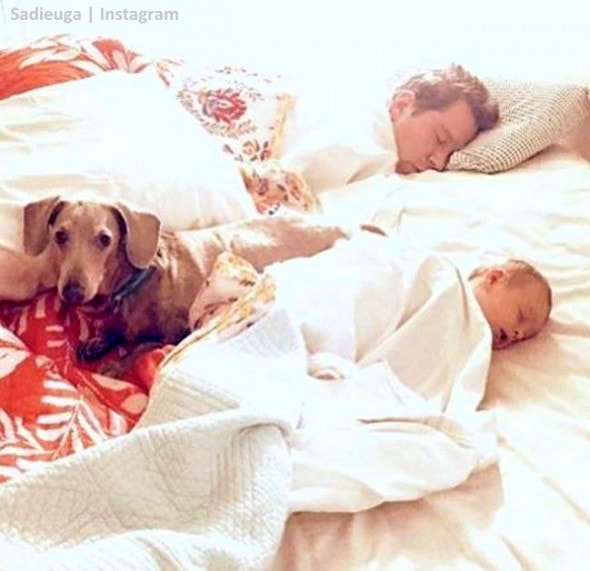 The other dogs loved the baby, too, but Artie became his true guardian and companion.  He even rides along in the tot’s stroller.  When Ben began crawling, Artie would race with him, spurring him on.

“We joke that Artie was the inspiration for Ben to crawl.  Like most toddlers, Ben has wild moments, but he’s always gentle with Artie.” 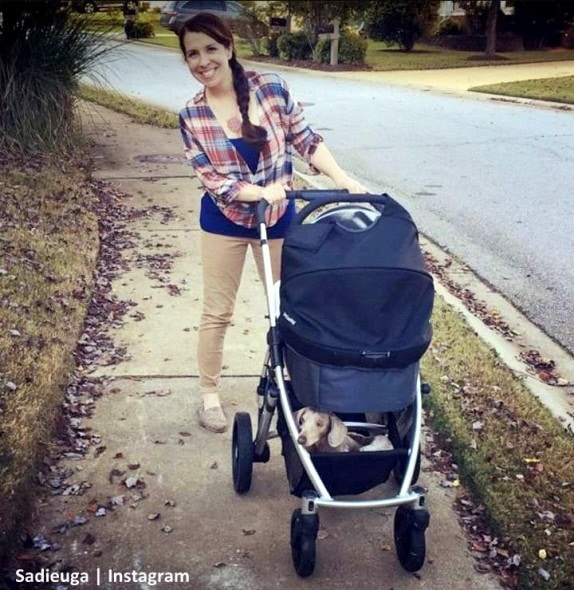 These two are always together, and even though he’s not supposed to, Ben likes to feed Artie tidbits of his food.

“Once Ben realized that he could feed Artie his food – an enormous treat, our dogs never got people food before Ben – their friendship was set in stone,” Sadie said. 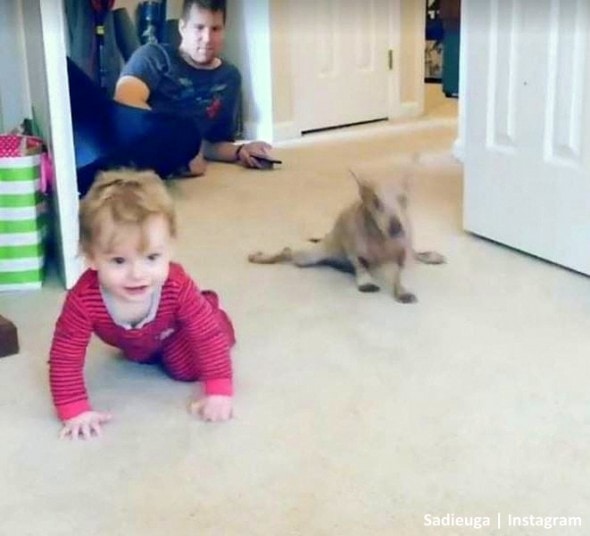 “Artie is so careful with Ben’s little fingers.  Not to mention, they both know they’re not supposed to be sharing food, so it’s like a stealth mission for them.”

Though Artie is already 12, hopefully he will have many more years full of memories to share with Ben.  To see more of them, follow along on Instagram. 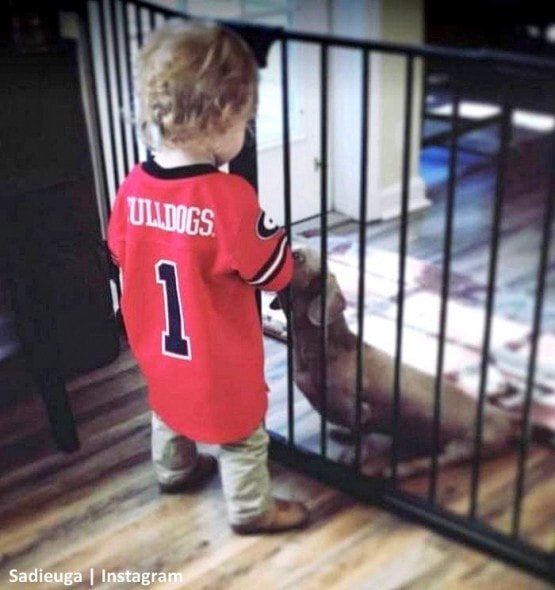