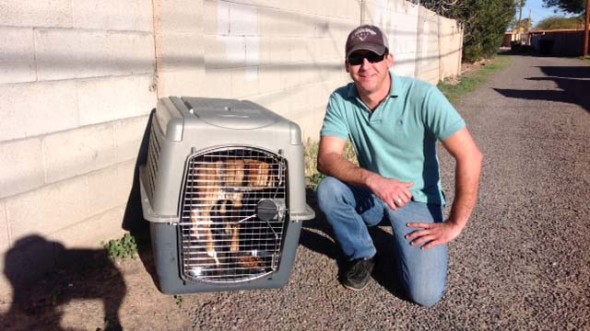 Nolan Woolfolk was driving in Phoenix, Arizona when he spotted a duplex on fire Monday morning. He heard barking inside, and broke through a window to rescue a dog that was stuck in its crate.

The Phoenix Fire Department got a report of a fire around 9 a.m. Before they could arrive on the scene, Woolfolk stopped to help. He began knocking on doors to see if anyone was inside. No one answered, but Woolfolk heard a dog barking. He and a neighbor broke the front window and opened the front door. Woolfolk searched and found the dog home alone in its crate.

Woolfolk carried the dog safely out of the fire. Fire firefighters looked after the dog until the owner made it home an hour later.

Top Dog Food for Collies
Animal Physical Therapy
Mysteries of the Seizure Alert Dog
EarthBorn Dog Food Reviews
How Much Is Dog Insurance
Best Dog Foods for Pancreatitis
Do German Shepherds Smell? Why & How to Make Them Smell Better
Nutro

3 thoughts on “Passerby Saves Dog Trapped in a Fire”