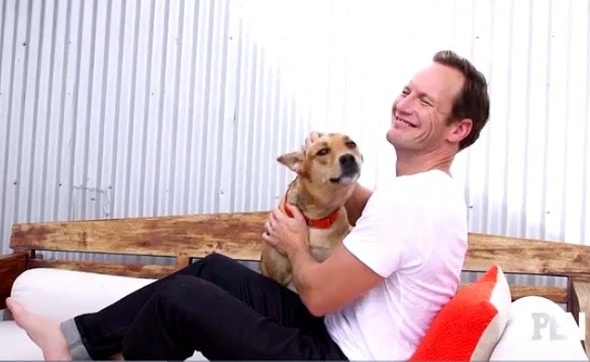 Sometimes when you adopt a dog, you think you know what you’re getting into, and sometimes they turn out to be total nightmares once they’re home.  Actor Patrick Wilson’s third rescue dog, Louise, was a tiny terror at first, but when another of their dogs died, she completely changed, and now the family couldn’t love her more.

Louise was adopted as an eight-week-old puppy, and even at that young age she wanted dominance over her house.

“She put us to the test when she was little,” Wilson told PEOPLE. “We really had to establish that we were the boss, because she was trying to rule the roost. These ears – at first they crossed they were so defiant.”

Every puppy is a handful, but at one point things got so bad that Wilson’s wife, actress Dagmara Domińczyk, wanted to return her to Ruff Rehab in New Jersey. 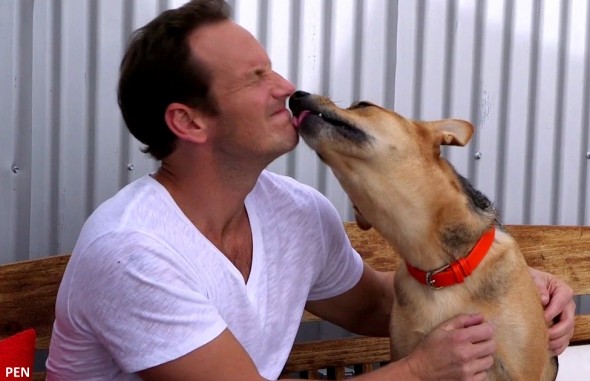 “She tested our will, certainly. There were times early on when my wife was like, ‘I’ve got to give her back!’ I was like, ‘We’re not giving her back!’”

Things changed when their second dog died of cancer.  Louise seemed to sense that her role in the family had changed, and she turned into an affectionate little kissy-face.  She has opened her family’s eyes on the challenges and triumphs of animal adoption.

“When you rescue a dog, you just don’t know what you’re going to get,” Wilson explained. “Every dog is different, just like every kid is different, and you hope for the best. It taught us a lot of understanding, and how to deal with an animal like that. We really believe in rescuing, and she’s brought us so much joy and love.” 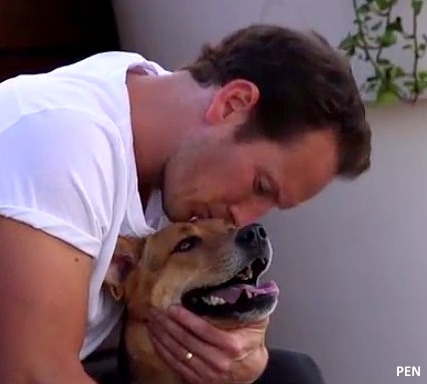