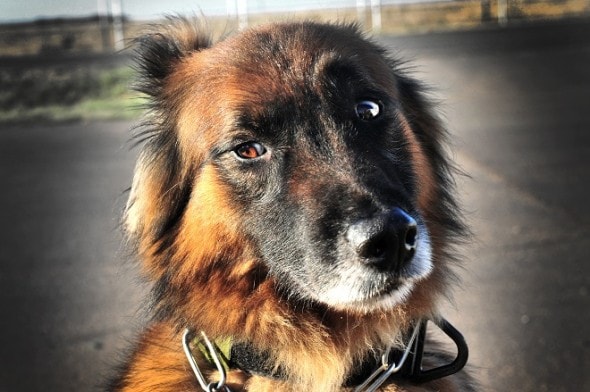 The role of dogs in the military is priceless and far reaching, but the cost of finding and training the right dogs is can average about $20,000.  DARPA and the Pentagon are working on a new plan to make that task easier and significantly less expensive.   It is called FIDOS, “Functional Imaging to Develop Outstanding Service-Dogs,” and involves using MRI’s to scan the brains of dogs to find the smartest candidates.

The plan came about as a result of recent studies on canines which show dogs sitting unrestrained during MRI’s while being shown hand signals associated with a food reward have increased neural activity.  DARPA believes it may be possible to screen “high-value service dogs … based on their neutral activation to specific handler training cues,” based on the idea that dogs who show greater brain activity when given such cues will be “faster and easier to train” than dogs that show less activity.

This neuro-imaging could potentially also help identify “brain hyper-social dogs,” that would be well suited to work with soldiers exhibiting symptoms of post-traumatic stress disorder and traumatic brain injuries in a rehabilitative capacity.   It is thought that the way to find these dogs in the first place is identify dogs that show signs of picking up “handler stress”, in other words dogs that can best (most quickly) sense signs of stress from their handlers.  Techniques for this process include identifying pooches that will follow along to the human gaze and finger pointing, and how dogs catch yawns from their owners at a greater rate than strangers.  It is believed that this shows the ability to understand and interpret human intentions.

It is possible that if this process works, more military service dogs can be trained more quickly and then be placed where they can be of the most use.  In these times, that could be very helpful to the many veterans who are on long waiting lists to obtain dogs that can help with their PTSD and other disabilities.