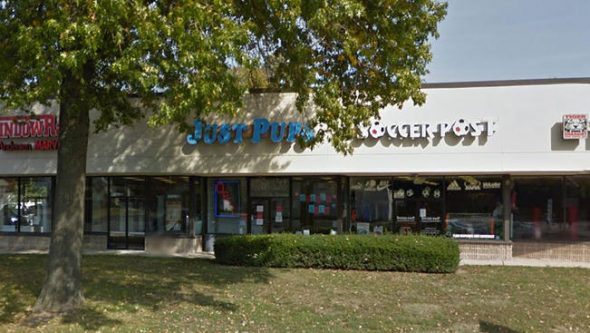 A New Jersey pet store owner has been shut down by the local SPCA for a THIRD time for health violations.  The SPCA took 73 dogs from a Just Pups location in East Hanover, and it is alleged that store owner, Joseph LoSacco has failed to provide basic veterinary care, and has failed to keep record of any healthcare being provided to the animals in his store as required by law.

“We took custody of 73 dogs that we rescued from Just Pups in East Hanover,” a spokesperson for the SPCA said.  “All being vetted at three separate locations.”  So far, nine of the dogs were taken into animal hospitals in need of medical care, and twenty-four others have been taken in by animal activists.

The SPCA also said that LoSacco recently had another Just Pups location in Valhalla, New York that was also shut down and had all their dogs confiscated for similar reasons.  This shut down actually marks the third location that he’s owned where similar charges are being alleged.  LoSacco is also under investigation by the state attorney general.

Animal rights activists say that the third raid came about after a tip was received that yet again LoSacco is bringing in dogs for sale without any health paperwork at all.  LoSacco claims that the dogs he’s been getting are ones sold at auction and health paperwork is not provided to the buyers in this case.  However, a New Jersey SPCA official had gone into the location and discovered the owner’s brother there with 32 illegal dogs, many of them sick and some of them were actually dying.

“At around 5:30 pm on January 2nd we received the tip,” said Colleen Wronko, a volunteer for Reformers — Advocates for Animal Shelter Change in NJ. “I called it in to Sgt. Frank Rizzo of the NJSPCA, he went there, and Vinny LoSacco (brother of Joseph) showed up a few minutes later with 32 illegal puppies. Then we were finding out that the puppies were sick and some were dying.”