PetSmart Charities®, the country’s largest funder of spay/neuter efforts, has announced a new $1 million national spay/neuter grant program aimed at saving the lives of pets that have the highest risk of being euthanized due to overcrowding in shelters: cats and pit bull terriers. 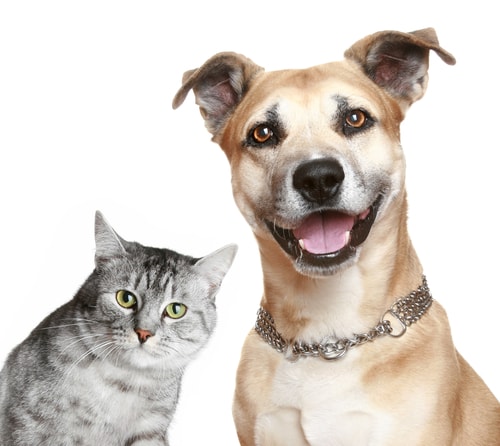 In 2012, the new grant program will help 65 non-profit spay/neuter clinics around the nation provide high-quality, affordable spay/neuter surgeries for more than 23,000 cats and pit bull terriers during February and August – ultimately reducing the homeless pet population by tens of thousands of at-risk cats and dogs that would otherwise wind up in shelters because of unplanned litters, said Susana Della Maddalena, executive director of PetSmart Charities, Inc.

Four million adoptable pets are euthanized every year in the United States because they aren’t adopted – that’s half of the 8 million pets that land in shelters each year.

“Approximately 34 percent of dogs and cats in U.S. households are not spayed or neutered yet the procedure is one of the most effective ways to reduce the homeless pet overpopulation,” said Della Maddalena. “With our new national grant program and our ongoing efforts to make affordable spay/neuter available to the public, PetSmart Charities is addressing the root cause of pet homelessness and this will have a national impact on reducing shelter intake and, ultimately, the euthanasia of adoptable pets.”

Lori Redmon, president/CEO of the Kentucky Humane Society in Louisville agrees. “Shelters do their best to find forever homes for all of their cats and dogs that are loving pets, but unplanned litters quickly lead to overcrowding, and tragically, too many wonderful pets are at risk for euthanasia. With the grant from PetSmart Charities, we will be able to perform 200 more spay/neuter surgeries and give some much-needed help to cats and pit bull terriers that are especially at risk.”

Through these special campaigns, spay/neuter clinics receive: grant funds to help lower the cost of spay/neuter for the public; professionally-developed marketing materials to educate the public; and funding and support to advertise and promote the campaigns in local communities.

To find high-quality, low-cost spay/neuter services locally, the public can go online to www.petsmartcharities.org and click on Spay/Neuter to access a free searchable database made possible through  a partnership between PetSmart Charities and the ASPCA® (The American Society for the Prevention of Cruelty to Animals®).

How to Donate to Save Pets’ Lives
Donations allow PetSmart Charities to offer these types of grant programs and resources that support local clinics and shelters across the nation. Members of the public can join the fight to end pet homelessness by making a tax-deductible donation online, by email at [email protected] or via phone at 623-587-2826.
photo:shutterstock