Donny Eslinger was on a mission in Afghanistan last August when he met and befriended a stray puppy. He said it was love at first site, and rather than leave the helpless young dog behind, he stashed it in his backpack and brought it back to base.

Just more than a month after he rescued ‘Smoke’, Eslinger would end up being rescued by his fellow soldiers when he was struck and critically wounded by mortar fire while on patrol Sept. 24.

He received treatment at the Kandahar Airfield Hospital for a broken leg, broken ribs and multiple internal injuries. When Eslinger was later flown to Germany and then the Walter Reed National Military Medical Center for additional treatment, Smoke was left behind.

Fortunately, that is not the end of this story, and after a long and arduous journey, “Smoke” has made it to America. WESH’s Dave McDaniel reports.

On Tuesday evening, the Puppy Rescue Mission shared a picture that many had been anxiously awaiting. 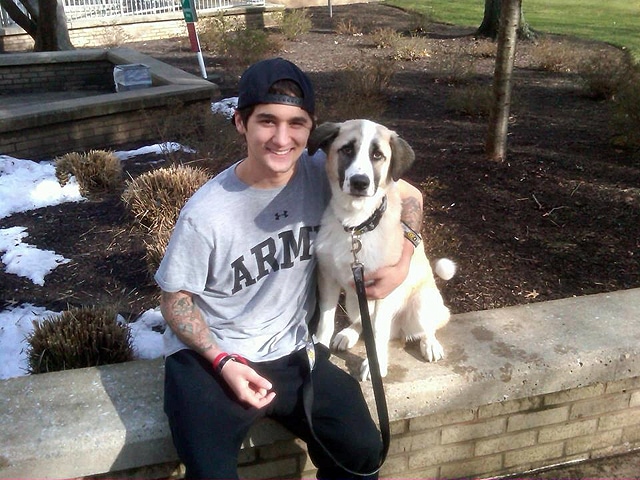 4 thoughts on “Wounded Soldier Reunited With His War Puppy, Smoke”