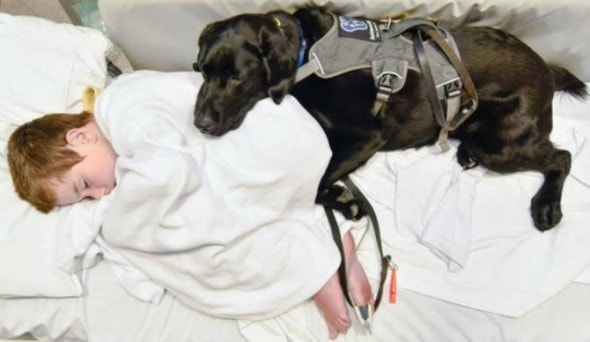 James cannot speak, and is very uncomfortable with being touched by anyone for any reason.  Anyone except Mahe, that is.  Whether it’s a simple doctor visit or to the hospital for some testing, James goes nowhere without his dog.  Mahe even manages to help James be out in public, something that was almost an impossibility before James got him. 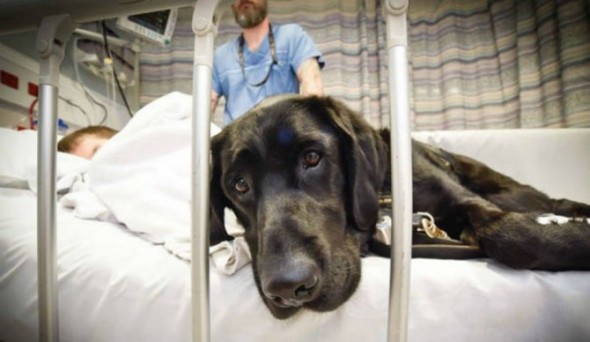 There are photos of James and Mahe in the hospital, where James was waiting to have an MRI on his brain.  Doctors are trying to ascertain the exact nature of his seizure disorder, and the procedure can be very frightening for anyone; especially if you’ve not had one before.

However, with Mahe by his side, James made it through the procedure with relative ease.  Mahe even hopped up onto the table with James, and it was clear that the dog would not be deterred whatsoever.  He just laid beside James, and rested his head on him, keeping him calm throughout. 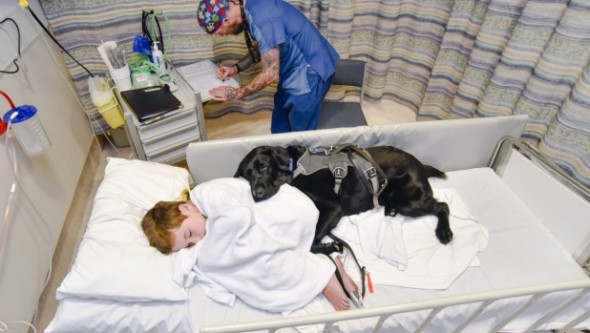 According to Michelle Isaac, “He was just looking at James, and looking really worried.  “There is such a magic that happens between a child with autism and the dogs, they just calm the kids down.  The kids will maintain eye contact with the dog, but often not with their own parents and siblings.”

Science has more than proven that a dog can tap into what their human is feeling and going through.  Their empathic nature makes them particularly suited to the role of service dog, and new studies on the matter are finding more and more amazing things about the bond between human and dog.

According to one recent study, “Dogs can integrate two different sources of sensory information into a perception of emotion in both humans and dogs.  This means dogs must have a system of internal categorization of emotional states.  Among animal groups, it’s a cognitive ability previously only evidenced in primates.” 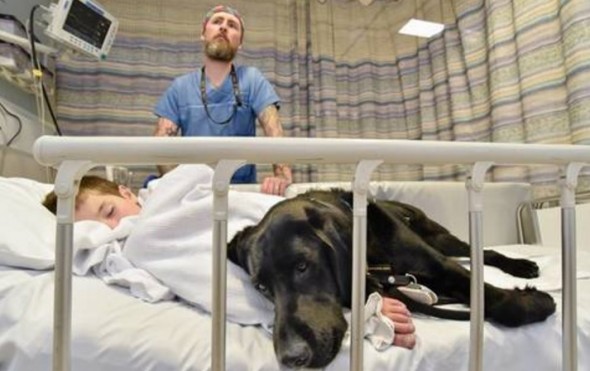 The evidence that proves service dogs work very well for people is right there in these photos.  Before Mahe, James’ autism made things like medical testing very difficult, for him and the people that are trying to help.  Now that they have each other, James is getting to have a shot at what the rest of us might describe as a very full and happy life, each being one part of the key to his success.

How about our readers?  Do any of you have a service dog in your family?  Or maybe you have one for yourself?  Feel free to share in the comments section below, or on our Facebook page.  We love to hear from our readers about their stories of their special bonds with their dog! 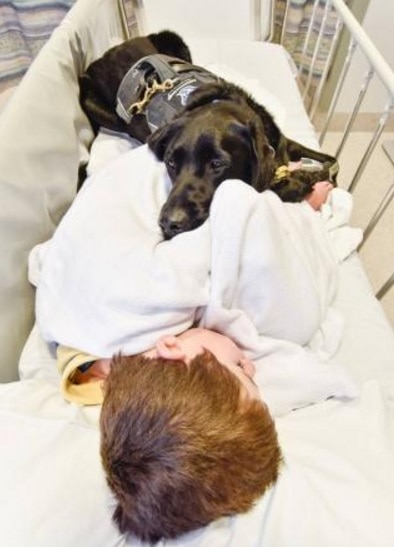