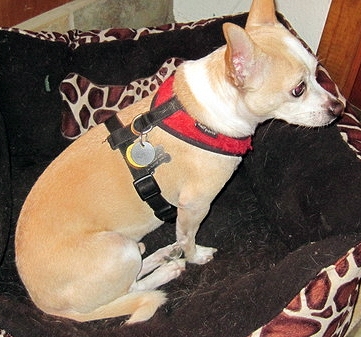 On Tuesday, the Altadena, CA dog owner was letting Husky out for his evening bathroom break when all hell broke loose. A bear had discovered Wessen’s trash can and was attempting to open it when Husky noticed it. Before Wessen could move Husky bolted, barking at the bear and frightening it.

The bear turned tail and ran, Husky in pursuit. At the edge of Wessen’s lawn it found a tree and managed to escape the fearless canine that was nipping at its heels. Wessen’s photo (below) shows the scared bear hiding in that tree.

Husky showed absolutely no fear in going after the bear, Wessen wrote to a local email group: “The bear ran from Husky the Chihuahua. Swear to god that pint sized idiot treed the bear.”

Wessen mentioned that the bear bolt on her garbage can held, and the bear did not get in. Given his experience with Husky, it’s unlikely the hungry intruder will return for a second attempt. 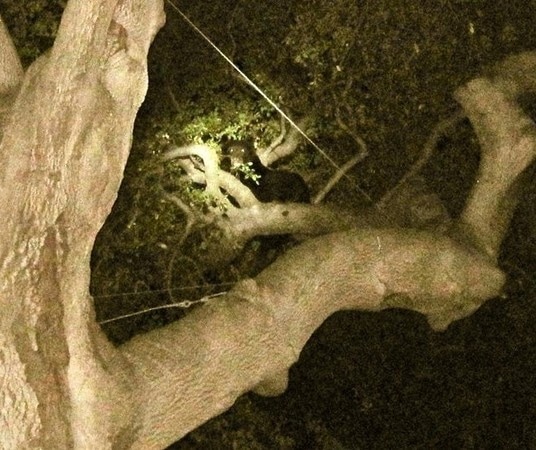