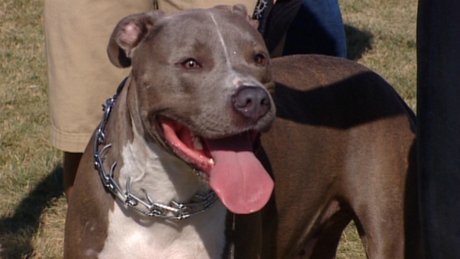 Pit bull owners across western Canada are coming together to raise awareness about the soft side of the breed.  The peaceful and happy life that every dog should have is being threatened due to negative stereotypes about the breed that many know as “fighting dogs”.  A breed ban was enacted in Ontario in 2005 and since then many of the dogs have been rescued by families in Alberta and BC.  Now after 2 incidents of pit bulls attacking children in BC there is talk of a similar ban in the province, and this has owners very concerned.

Rallies were held in Calgary and Vancouver this weekend in support of the dogs, and owners hope to raise awareness that most of the dogs are loving, friendly, and non aggressive.  “These dogs are a fantastic breed,” says Wayne Hill, one of the organizers of the Pit Bull Picnic at River Park in Calgary.    “We are having the walk to educate people on pit bulls – they are fantastic family dogs,” adds Ann Cooper who organized a rally near False Creek in Vancouver.  Advocates blame less responsible owners for the problems and argue that a ban will not solve the problem. “If you get rid of the pit bulls those irresponsible owners will just get another dog,” said Cooper. 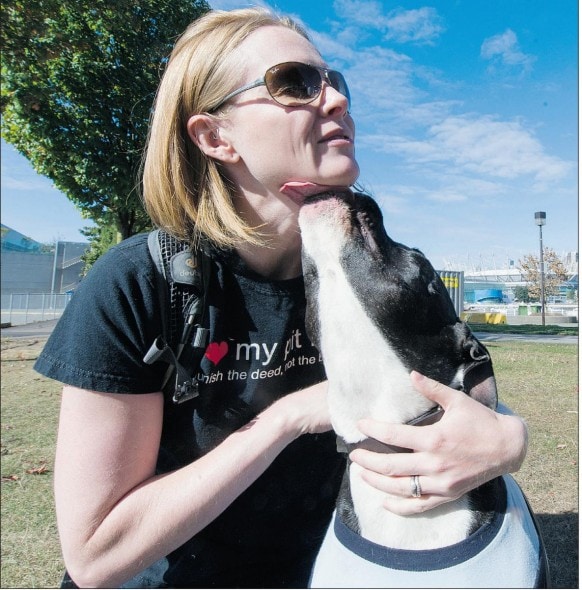 The focus is on education, and making people aware of the responsibility of taking on this type of breed.  With any type of dog it important to know things about the breed, as many breeds are prone to unique behaviours and tendencies.  “If you’re going to get one of these dogs you need to know what you’re getting into,” said Cooper.  “You need to be trained to know you’re up for it.”

The breed ban in Ontario requires that all dogs born prior to 2005 be sterilized, muzzled and kept on leash.  Breeding of the dogs is prohibited, as is bringing a pit bull into the province even for a short visit.  The event at River Park was attended by over 50 dogs and went off without a single problem, and they hope to make the picnic an annual event.  Hopefully this type of community outreach will help prove that the dogs themselves are not necessarily the problem and perhaps improved screening of prospective “pit bull parents” could benefit all communities and help save the lives of these pets.