One could say that the year 2016 didn’t exactly start out great for a family from Portsmouth, Virginia.  Jamie Lassiter and her family had their adorable, little puppy stolen from them.  Not only was 4-month-old Dallas stolen, but she was also seen put up for sale online.

Lassiter said that Dallas was taken at about 10:30 in the morning.  They went to call her back inside, and she didn’t come in.  They thought that maybe she was interested in something in the yard, but when they went out to look, she was nowhere to be seen.  They also noticed that the front gate, normally closed and latched, was left hanging open.

“We kind of walked the yard and realized someone had actually opened the gate and Dallas was missing,” Lassiter told local news outlets.  “She had been outside only about 30 minutes.” 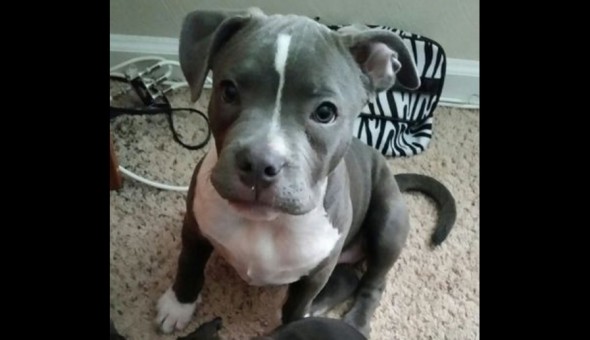 The family gathered together with some friends, and some helpful neighbors, and a search for Dallas was started.  They searched up and down Avondale Drive, and the surrounding neighborhood, but no one laid eyes on the little dog.  That is until two days later when she showed up on a for sale sign.

“We knew it was her, because there’s a really specific mark on her forehead that we recognize from the pictures we already had at home,” said Lassiter.  She says the family has a ton of photos of Dallas as they just adopted her, and she was part of many family pictures over the holidays.

“We had told our kids that we wouldn’t be getting a dog soon.  We weren’t prepared. We weren’t ready.  We gave them all kinds of excuses and their dad decided to surprise them with Dallas,” she said.

Lassiter said that the sale ad posted online wasn’t up long.  She’s not sure if the dog was purchased, or the person that has her took the post down for some other reason.  Either way, the family just wants their dog back.

“If somebody did purchase the dog, we’re not looking to cause any trouble for you.  We’ll happily help you try to recoup what you paid for the dog, but we really just want to get Dallas back at this point,” she said. 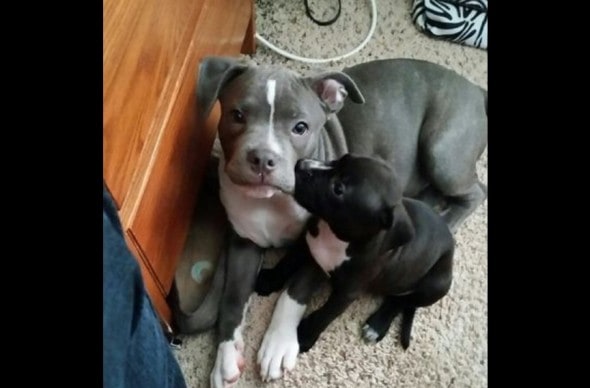