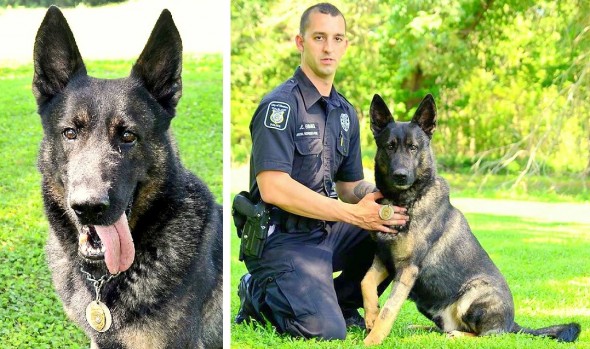 This information comes from K-9 Karr’s partner, Officer Jay Eubanks, and the petition to the city, written by Rosheen Rayburn and Karen Markiewicz:

We have a K9 Officer DOWN! This cannot be an acceptable way to treat an officer with two legs or four. This K9 has served for six years and put his life on the line daily. Below you can see the description written by Officer Jay Eubanks, Karr’s partner, handler and voice for K9 Karr. WE NEED K9 KARR RETIRED.

WE ASK THAT MAYOR AND CITY MANAGER to reach the only acceptable decision and retire K9 Karr to his handler and Partner Jay Eubanks.

Please join his page and give him a large community watching what the city will do! https://www.facebook.com/supportcaninekarr/info 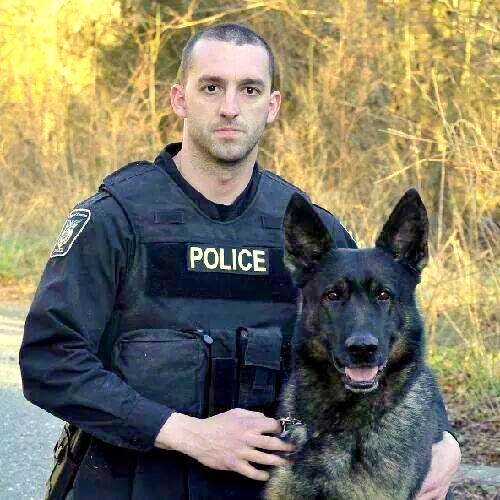 The Veterinarian who has been with K9 Karr since the beginning recommended retirement for Karr and the handler has gone through all the required steps to request this. The city’s response was to say the dog was city property and yanked him away from Officer Eubanks last weekend and has shut down all communication. This dog is in trouble. He is not well and should not be serving duty with seizures and a bad leg! PLEASE – this is the highest form of animal abuse. Send the dog into danger because he is city property?

Wikipedia states on RETIREMENT:
Police dogs are retired if they become injured to an extent where they will not recover completely, pregnant, or raising puppies, or are too old or sick to continue working. Since many dogs are raised in working environments for the first year of their life and retired before they become unable to perform, the working life of a dog is 6–9 years.

If these dogs are killed in the line of duty they get the same honors as their human partners. The handler makes all the decisions regarding their partner.

HELP:
Please sign this petition, share it, keep your eyes and your voice ready for K9 Officer Karr!

CIA K9 on Good Morning America. See how physical their work is and also they usually retire at 10, Karr is almost nine and not well. They also say the dog RETIRES with the handler!

Medical Description:
Karr is an eight-year-old German shepherd. He has been a full service police canine in eastern North Carolina since the spring of 2008.

In the fall of 2012, Karr became ill and his weight dropped from 75 pounds to 55 pounds. The local vet gave a diagnosis of lymphoma cancer. Karr was taken to NC State Animal Hospital where he underwent extensive testing. The test results were a low white blood cell count and a titer for Rocky Mountain Spotted Fever. A recommendation for further testing, which would require sedation, was very expensive with no guarantee that it would provide any answers. The decision was made to not go forward with the testing but to just monitor his status. Karr responded well a strict high protein diet (boiled chicken breast added to his food, purchased out of my pocket with no request for reimbursement) and rest. He gained his weight back and returned to full duty a couple months later. 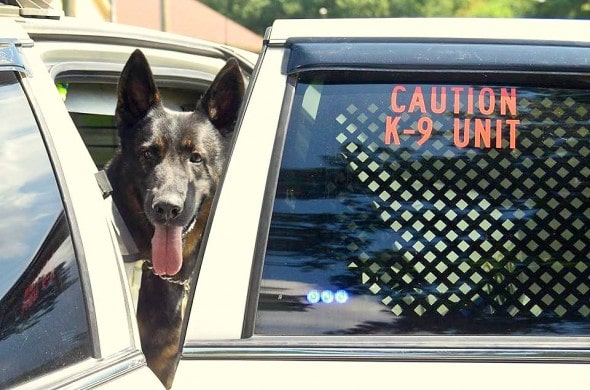 In 2013 Karr was conducting a building search at a residential breaking and entering. Karr suffered an injury to his right rear leg that he would never fully recover from. Karr was treated with physical therapy and Rimadyl. Karr experienced a side effect to the medication and had a seizures. NC State was unable to find the cause of the seizure. Karr was placed on Phenobarbitol by the local vet. Karr again experienced a side effect of the medication and fell into a comatose state. He was unable to get up on his own. He was transported back to the emergency vet 45 minutes away. Karr’s medical condition was too advanced for the emergency vet and he was immediately transferred to NC State for his third time. Karr was admitted to the animal hospital and it was unknown if he would survive through the night. Karr made a miraculous recovery and returned to full duty again.
In April 2014 Karr experience another seizure while resting at home. He was transported to the local vet. It was confirmed that he was again having seizures and put on Valium with a straw. Karr was again taken out of service for evaluation. He was brought back into service to see how he would do. This is where the leg injury has since gotten worse. He now obviously does not stand with pressure on his right leg. When he walks he steps in and then rolls his leg out to keep from bending his knee. Karr shows guarded reaction when the right knee is manipulated. When he walks you can hear his toe nails scuff the ground and you can see where the top of the nails are scuffed.

On 10-10-2014 at his normal vet it was advised that he be retired. The continued service work would stress his injury and eventually causing a hip injury that could cost him his life.

These are the reasons that I believe as Karr’s partner that it is important to have him retired to my care. I have treated and managed his care for this entire time.
There are a couple reasons for this coming out now. First, I could not come forward while employed by the agency for the obvious reason of retaliation. Second, his condition has recently gotten worse and I have limited his use while I had him to basic simple task. Third, I have the medical training and experience to recognize and proactively treat Karr while I had him.
These are facts that can be confirmed by medical records, the medications, and Karr’s physical appearance. I have a moral and ethical conviction to see this through. Karr has received an overwhelming outpouring of prayers and support from across this great country. He and I greatly appreciate this. 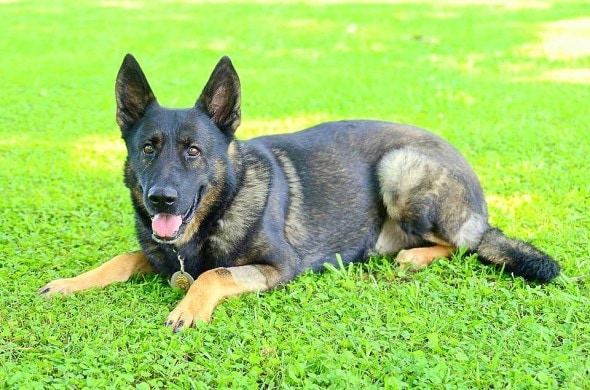 On 10-10-2014 I took Karr to the normal vet for evaluation and he was recommended for retirement. I forwarded this through the chain of command. On 10-14-2014 I was made aware by the new handler that he was to take control of Karr when I turned him in. I was advised that the intentions were to leave him in-service as a narcotics dog. The agency was discussing shift moves due to the new handler already having a canine on his shift. I immediately made oral appeal through the chain of command which is procedure. The major advised me that Karr was city property and had not been taken out of service by the city. On 10-16-2014 I had no response to the oral appeal. I made written appeal at 10:00 am again following the chain of command all the way to the city manager.
On 10-17-2014 I emailed the written appeal that morning. Mr. Johnson replied he had gotten the letter and that the other officer had made a similar request. I received no other response so as a last resort I reached out to the public late that night.

Since this I have received amazing support. I have still not personally heard anything from the agency. I have heard from the media that canine Karr has since been taking out of service pending a medical evaluation. This does not mean retired but it is progress.
All communication has stopped, Karr is no longer with me but a person who does not know his medical needs and we are both devastated at the treatment we are receiving from official in our city! It is UNETHICAL.