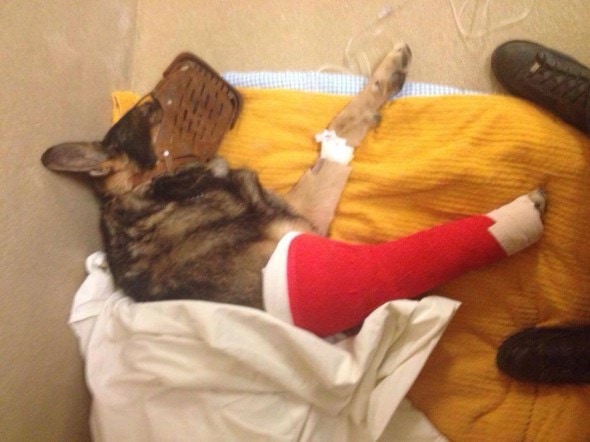 A Virginia Police K-9 was responding to a reported burglary Friday night when he broke his leg. Despite his injury Kota continued to his job, crawling upstairs to help fellow officers apprehend the suspect.

The Winchester Police Department in Winchester, Virginia received a report of a burglary Friday night and Kota and his handler reported to the scene. Kota found a suspect hiding in a crawl space in the attic of the home. Kota began to drag the suspect out of the crawl space when the floor of the attic collapsed and Kota fell through to the level below.

Kota landed on hardwood floors and broke his leg. He didn’t let up on his job though. Officers were still trying to detain the suspect and Kota crawled back upstairs to help.

Kota will need to undergo surgery for his injuries. Anyone wishing to make a donation to Kota’s treatment may mail a check to the following address:

Anyone sending a check is asked to indicate on the check that it is “for: Kota.”