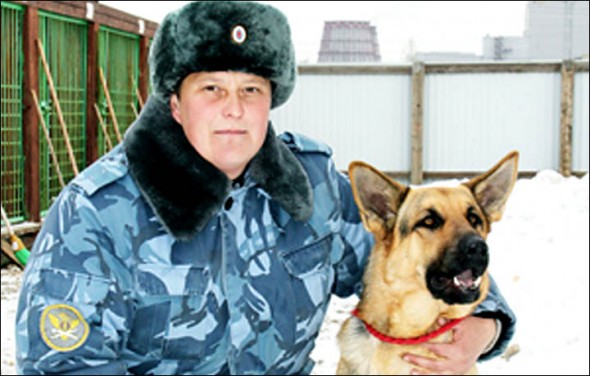 A little girl was missing for 24 hours in below freezing temperatures when a police dog came to the rescue and found her.

Liza Grabovskaya was on her way home from her school in Siberia when the 7-year-old fell down a snow-covered hole. The hole was just over 5 feet deep and only about four blocks away from Liza’s home.

When Liza didn’t come home from school her parents desperately searched for her but couldn’t find her. They then alerted police who began their own search along with other parents and teachers from Liza’s school. By the next morning though Liza was still missing and temperatures had dropped to around 10 degrees Fahrenheit.

The next day, Police Officer Vasily Samarin and his group of police which included a dog began searching with Liza’s grandmother.

“We walked along her usual route from school to home,” said one of the policemen. “Suddenly, we noticed the strange behavior of our dog. IT was not quite the way the dog must react when it finds the right thing, but the dog was going round and round the same place. We came closer and saw the hole in the ground. The girl was there. I don’t know if the girl heard us, she didn’t cry for help.”

The girl could barely speak when they found her. She was taken to the hospital to be treated for hypothermia. She was said to be in good condition but was to be kept in the hospital for a few days to recover.