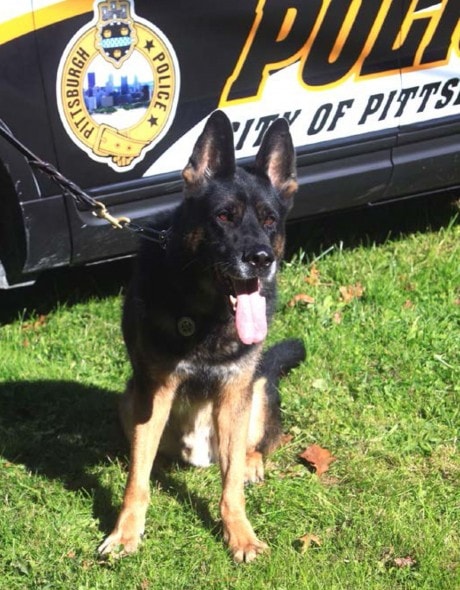 Rocco, the Pittsburgh police dog that gave is life in the line of duty last month, will be honored with an induction into the Amen Corner Law Enforcement Hall of Fame.

Rocco passed away on January 30th after he was stabbed while helping to apprehend a fugitive. His actions helped save the lives of several officers and his bravery has had a huge impact on people from all over.

Now Rocco’s bravery will be memorialized with an induction into the Amen Corner Hall of Fame this fall.

“Our committee unanimously decided that Rocco’s dedication and bravery in helping to save the lives of four fellow law enforcement officers, while attempting to subdue a dangerous, armed suspect, met our criteria for heroism,” said Larry Dunn, founder and chairman of the Amen Corner Senator John Heinz Law Enforcement Awards.

Other police dogs and their handler have been inducted previously, but Rocco is the first dog that gave his life while serving on the force to be inducted. The annual luncheon and awards ceremony will take place on October 31st.