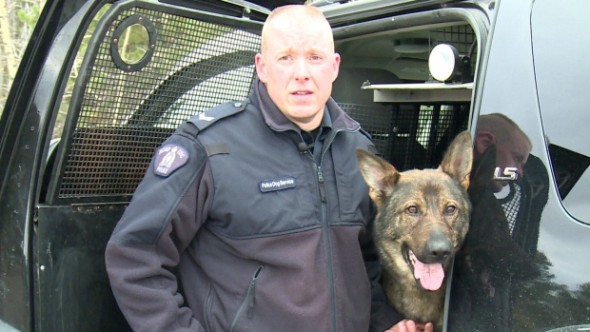 An elderly man with dementia went missing Friday afternoon from his home in Whitehorse, Yukon. In below freezing temperatures family, friends and police desperately searched for the man. A police dog Crash came to the rescue and found the man in 2 feet of snow before it was too late.

The 78-year-old man was last seen around 2 p.m. Friday afternoon by his family. When his family returned home around 5 p.m. he was gone. The temperature at the time was as low as 3 degrees Fahrenheit.

His family and some friends began searching the neighborhood, but with no luck they called the police for help. The RCMP began performing a ground search, including Cpl. Cam Long and police dog Crash.

Around 7:30 p.m. Crash located the man lying in 2 feet of snow in a field. The man was rushed to a nearby hospital where he was treated for hypothermia. He has since been released and is doing well at home.