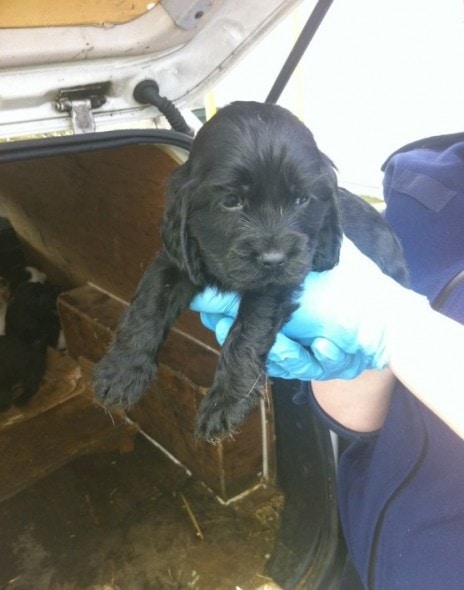 Police in Ireland have seized 36 dogs found in the back of two cars in Dublin on Tuesday. They are believed to have been bred illegally on an Irish puppy farm and were headed to the UK. Two men were arrested under suspicion of committing animal cruelty.

The puppies were found by police in boxes in the trunks of the cars and included Spaniels, Labradors, and Jack Russell terriers. They are now being taken care of by the Dublin SPCA. They were given veterinary check-ups which revealed several ailments in the puppies. The puppies are being treated for conditions such as mange, earmites, fleas, eye infections and parasitic infections. Several of the puppies are in special care because they were taken away from their mothers too soon. Many of the puppies also had their tails docked and dew claws removed and are receiving treatment for minor infections.

The DSPCA says this is one of the biggest cases it has seen in years. They are using this incident to remind the public about the importance of being cautious and attentive when buying a dog. “Do not buy from the boot of a car or van, and always arrange to meet the puppy with its parents at the breeders home. The conditions the mother is living in is a good indication of the health and welfare of the animals” said Brian Gillen, chief executive of the DSCPA.

This DSPCA says this incident is another reminder of the need for Ireland to push through a new Animal Welfare Bill that is currently before the Dail that would make preventing and prosecuting animal cruelty easier. The two men arrested in this incident were released but will appear before the Dublin District Court on November 1st. They have been charged with violations of the Animals Act.

The dogs will not be available for adoption until the investigation is complete, but the public will be notified when the dogs can be adopted. “When the dogs are ready to go to new homes, we will put it up on our website and our Facebook page,” said Gillian Bird, spokesperson for the DSPCA. 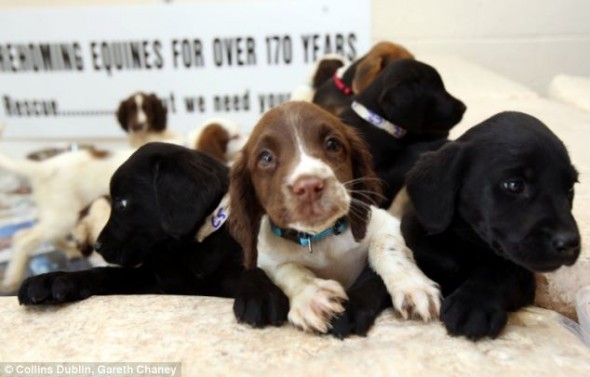