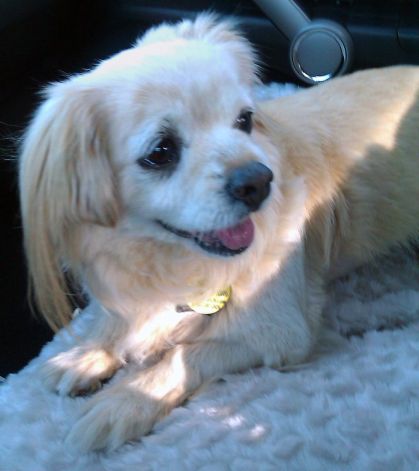 Police in San Francisco are looking for 35-year-old Laurice Barrett. He is suspected of mugging a woman and throwing her dog into oncoming traffic. A reward of nearly $5,000 has been raised for information leading to the arrest and conviction of Barrett.

Around 5 p.m. on December 28th a woman was getting out of her parked car when an assailant grabbed her and yelled at her to give him her money. Then the woman’s 12-year-old Pekingese mix, Roxy, started to bark at him. That’s when the attacker picked Roxy up held her above his head and threw her into oncoming traffic. He then took off running.

Roxy was rushed to a veterinary hospital where she had to be euthanized. Now police are looking for the man responsible for Roxy’s pain, suffering and death. A surveillance video was released on January 2nd which led to a tip a week later that named Barrett as the assailant.

A warrant is out for Barrett, who is facing felony charges of animal cruelty and robbery. Barrett has been previously arrested by the San Francisco police, though they have not stated for what crimes. The San Francisco Police Department has released Barrett’s mug shot to the media.

The woman is glad that someone was able to step forward to give Barrett’s name and is hoping someone will be brave enough to step forward and turn him in. “At the end of the day I am fighting for Roxy,” she said. “I’m her voice, I’m her mom. I want justice.” 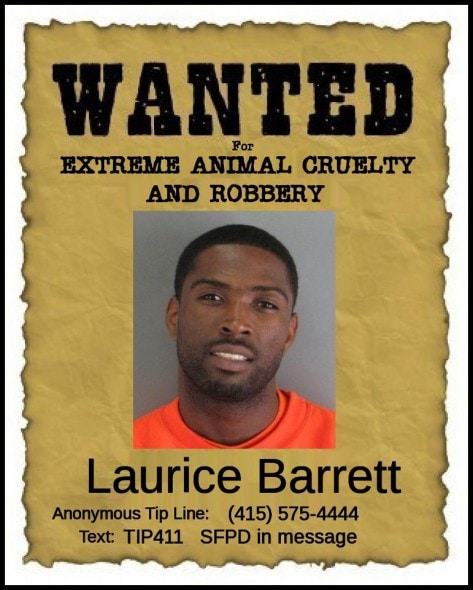 Anyone who has information on Barrett and his location is asked to call the Police Department’s anonymous tip line at (415) 575-4444 or end a text message that includes “SFPD” to TIP411.