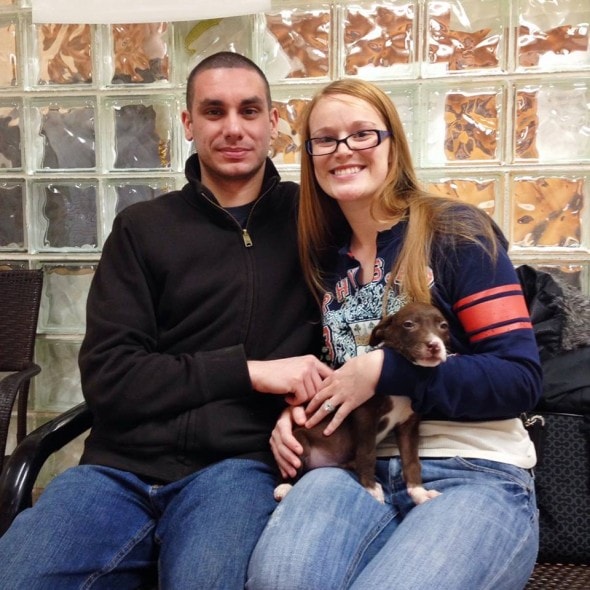 Police in Pittsburgh helped track down a puppy that was stolen from a shelter last week. Now one police officer is giving the puppy a home.

On Tuesday February 11th a one-month-old Lab puppy was stolen from the Animal Rescue League in Pittsburgh, Pennsylvania. Surveillance footage caught two women playing with several puppies. The women then took one of the puppies, named Smitty, and placed him inside one of the women’s coats. She then proceeded to walk out of the shelter with him.

Due to the shelter’s limited staff and resources no one was there to stop the incident but they quickly released the surveillance footage and asked for the public’s help. Officer James Ilgenfritz saw the surveillance video on a friend’s Facebook page and thought one of the women looked familiar.

“The female in the video looked familiar to me, as being from Homestead. I was actually en route to the address when I was dispatched and requested to the same address I was heading to by the city police who were investigating the theft,” said Officer Ilgenfritz.

Officer Ilgenfritz found no one at the home, but around back of the house found the two women from the video in a car.

“They had sent somebody with the dog to the police station right before my arrival,” said Officer Ilgenfritz. “I actually caught up to the male down the street, took custody of the puppy.”

1 thought on “Police Officer Adopts Puppy He Helped Save”