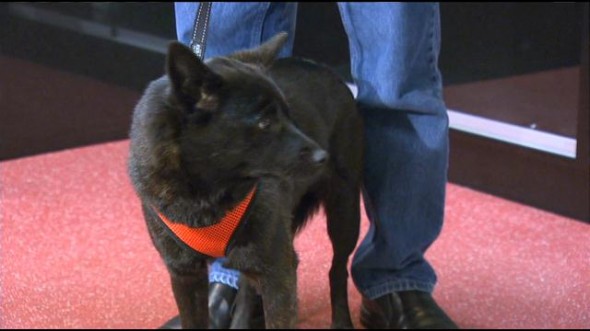 A man from Reading, Massachusetts got a late Christmas gift when he found out he was to be reunited with his dog he thought had been hit by a car and killed.  William Leong and his family are happy to have Kona home, safe and sound.

Mr. Leong called North Reading police on the 19th of December to report his dog had been missing for some time.  The news from the person on the other end gave him news no dog parent ever wants to get.  Someone had called earlier that night to report that a dog very much matching Kona’s description had been found hit by a car.

Mr. Leong spent six plus hours searching up and down the woods near their home, but came up with nothing.  It was seeming like all hope was lost.

Then, on the 22nd of December, Mr. Leong had a follow up with police officials.  They told him they discovered what they believed to be Kona’s remains in some woods.  It was believed that Kona had been attacked by wild animals after being hit by a vehicle, and was killed.

This past Friday, an off duty officer called in to dispatch to say that a dog had wandered into his yard, and looked an awful lot like the one they had been searching for.  After sending someone out to check, it was indeed the missing Kona that had wandered to safety.

Leong was contacted and immediately turned around to make the five mile journey back to Reading.  He had even buried the remains that were thought to have been Kona’s, and was in no way thinking he would ever get a call like this.

After the five hour journey back, Kona was reunited with his human once again.  Leong is happy to have his dog back, and is thankful to the police that assisted in trying to find him.