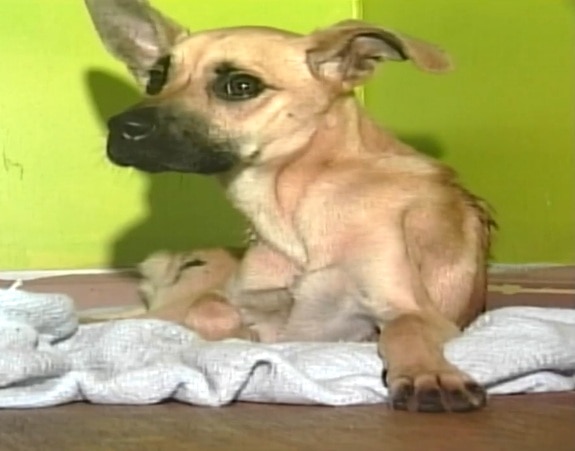 Another story out of Floyd County, Kentucky – this one about a badly starved and injured dog who was rescued by a kind police officer.

Starving and wet, the dog was found by Lieutenant Matthew Castle, who immediately took him in.

“I don’t think he could have lasted much longer,” said Lieutenant Castle. “You know like I said, he was so malnourished that he couldn’t even use his hind legs. He was having to walk on his front paws.”

The pup was named Castle in honor of his rescuer. The word spread on Facebook that Castle needed help, and the Floyd County Animal Shelter soon stepped up.

“We did actually fit him for a wheelchair this morning to help him get around. He really hated that so we’re just going to let that go,” laughed shelter manager Shauna Brown, who is currently fostering him. 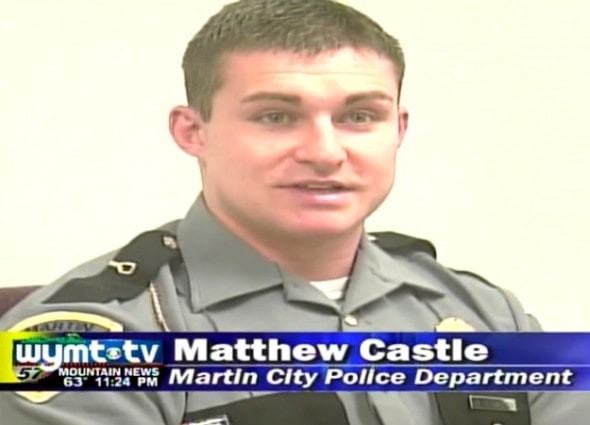 Castle needs good nutrition and lots of medical attention. He was examined by veterinarians, who were able to determine that in addition to being badly malnourished, Castle had survived two BB gunshots and being struck by a car.

“He was probably getting into people’s garbage or something like that, and they decided to shoot him with pellet guns,” Brown posited.

Though the dog is emaciated and limping along on only his front legs, shelter staff believe he is likely to make a full recovery.  He is over a year old, but only weighs 14 pounds.

“After you know he gains some weight and gets a little more social, we know that he’s going to be ok, then we will place him in a home or send him to a rescue who will find him a home,” said Brown.

Lieutenant Castle is honored to have the dog named after him, but to compassionate police officers, it’s just another day on the job. They may not always feel like heroes, but they are heroes to the people and animals they save.

“I’m glad that we found him and we got to get it some help,” he said.