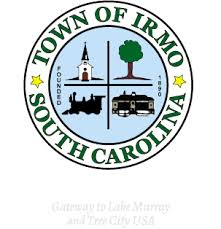 An Irmo, South Carolina police officer who caused quite a stir last fall for improper behavior during traffic stops, has been fired.

After five years as a town policeman, L. R. Null was dismissed in early April.  Chief Brian Buck said he has been let go due to “a policy violation in a traffic stop he conducted.”

The chief was reluctant to release any specific details surrounding the stop, but emphasized that shooting the dog was not something playing a part in the dismissal.

This firing has also brought about legal dismissal of 100 traffic tickets, including 24 for suspected DWI/DUI, and 76 others for speeding and reckless driving.  No indication has been made as to how many stops, or even the time period these stops occurred.

“This wasn’t the first incident,” said Brown. “The officer got numerous chances and had other policy violations.”

Town officials advised of the situation are satisfied with the dismissal.

“There was sufficient stuff in the gentleman’s record that caused this to happen,” Mayor Hardy King said. “He was probably zealous in doing his job and probably got a little overzealous.”

Null’s lawyer has declined to comment at this time.

The shooting is still something that sticks in the craw of many animal lovers, as it was seen as unnecessary.  Town officials however say that the shooting, while regrettable, was in self-defense and unavoidable.

The incident occurred when police had been called to the Old Friarsgate neighborhood by a jogger, complaining the dog had chased him, and seemed dangerous.

Null claims he shot the 40-pound dog after it ran toward him “in a threatening manner” as he was approaching the owners of the dog’s home, to contact them about the dog being loose.